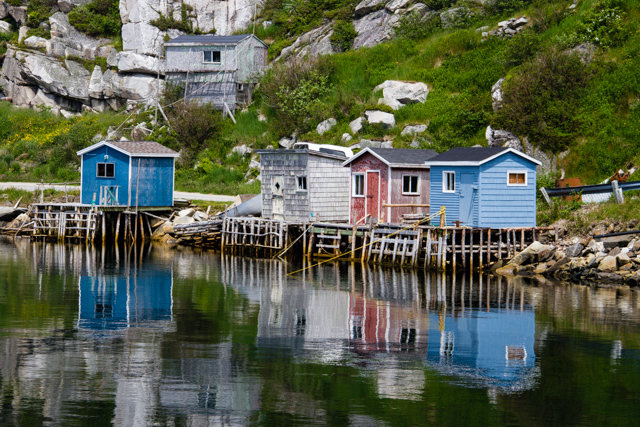 I first sighted land from the deck of the ferry. A stark but beautiful vista bathed in the warm light of a westering sun. Newfoundland had put on her best bonnet. Temperature in the upper 20s (celsius), not a cloud in the sky, an ocean like a mirror.

This is not quite what I had expected, and from the chatter, it’s rarely what the locals expect either.  The island and its people are used to harsher climes.

From first glance (below), the port town of Port aux Basques looked like a few houses huddled along an unforgiving coastline. 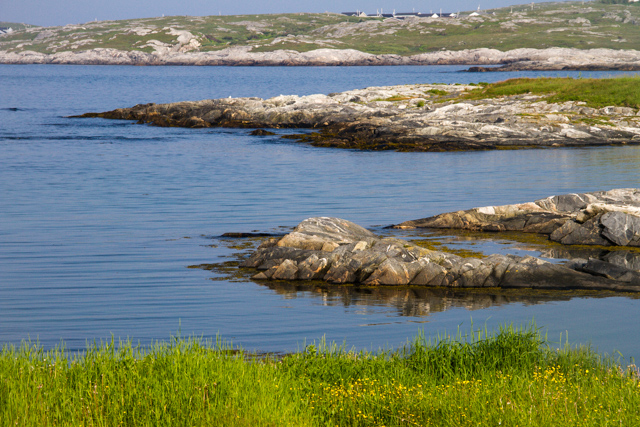 End of the road

In the morning I decided to drive along the south coast to the end of the road (Rte. 470) and the town of Rose Blanche. Although there are towns further on, they are accessible only by boat.

My impression was of a land rich in beauty and natural splendour, and one virtually unspoiled by the hand of man. 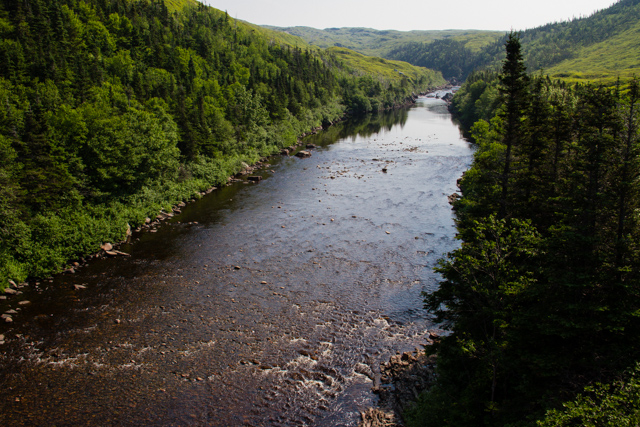 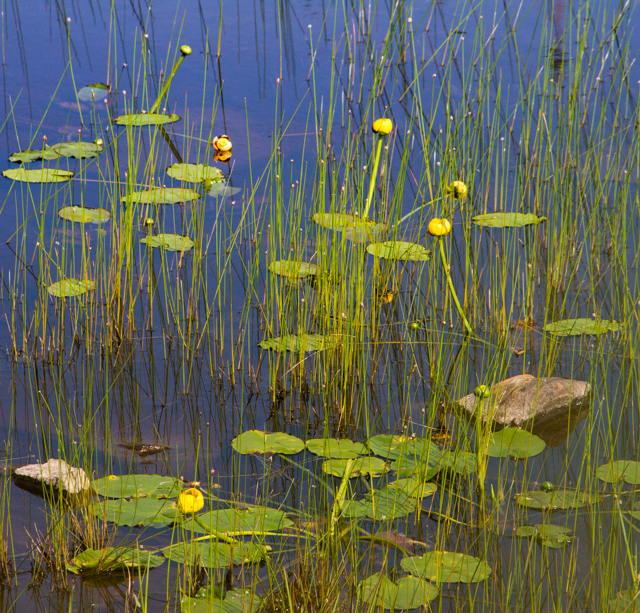 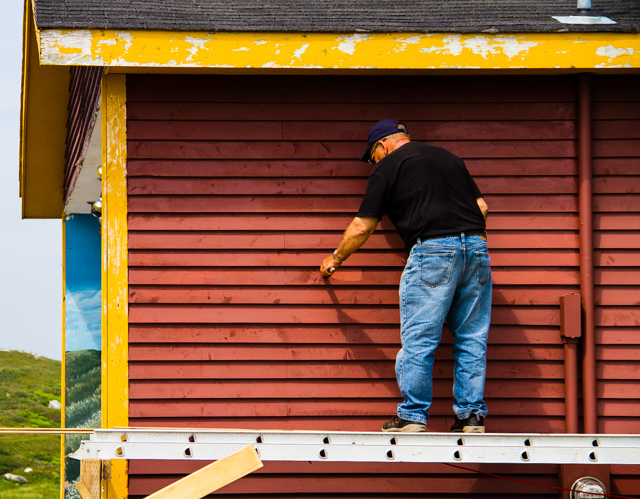 Applying a coat of local colour 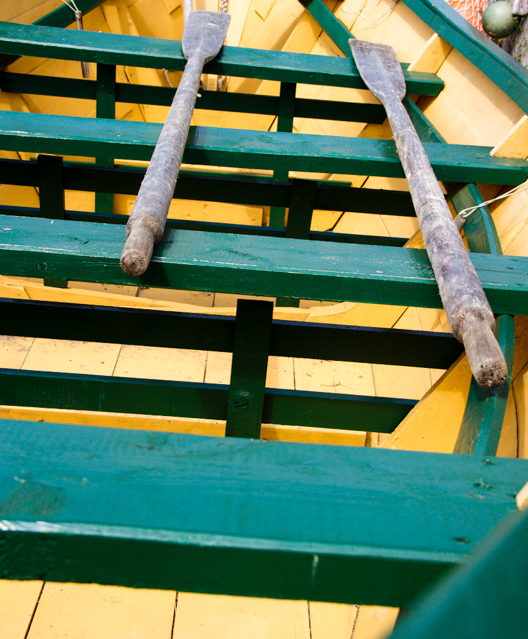 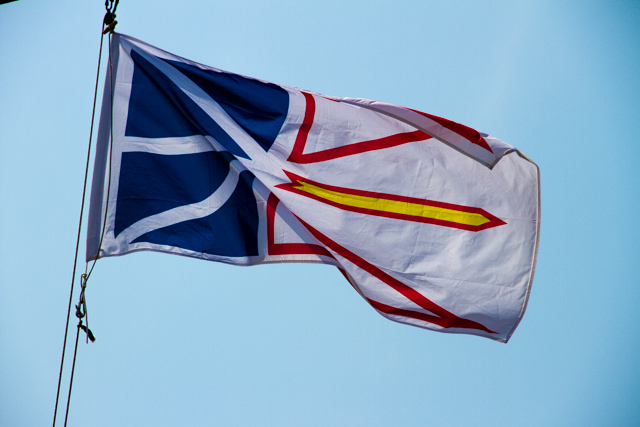 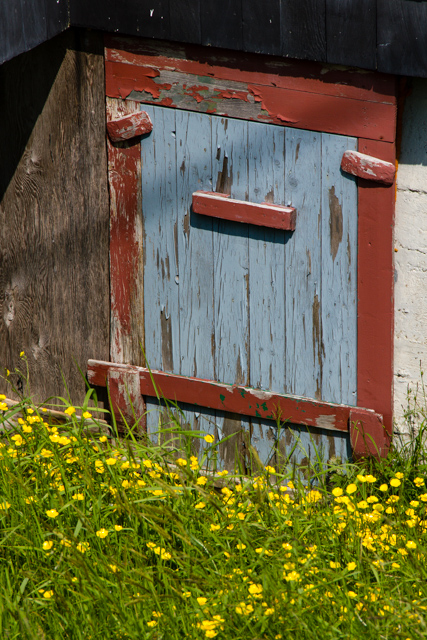 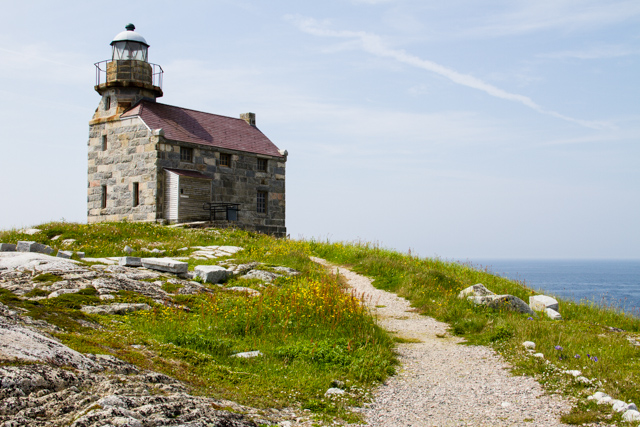 Built in 1871 from a nearby granite quarry, a sentinel of the shores. 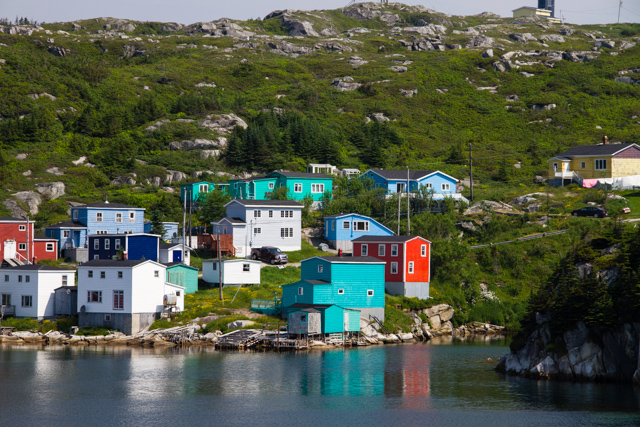 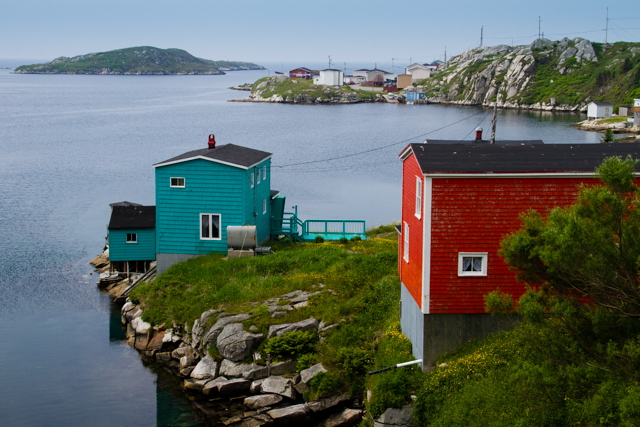 jd, to fellow sitting on his porch (FSOHP): “Just another tourist!”
FSOHP: “I can see that. (I set up the tripod to take the photograph above.) Why are you taking a picture of that?”
jd:  “It’s a beautiful corner of the planet.”
FSOHP: “I can’t see it. It’s just my neighbour’s house.”
jd:  “Let’s face it, when you come from a city full of cars and traffic, this is an oasis.”
FSOHP: “I think I understand. And I hear the neighbours don’t talk to each other much over there.”
jd: “Aye.”
FSOHP (as I leave): “You have yourself a good life!”

After exploring the south coast, I began the trip up the western coast, stopping at Codroy Valley, where there is an estuary, the promise of bird sightings, and a nature trail. Not many birds spotted, but a pleasant 5 km walk through forest and wetlands. 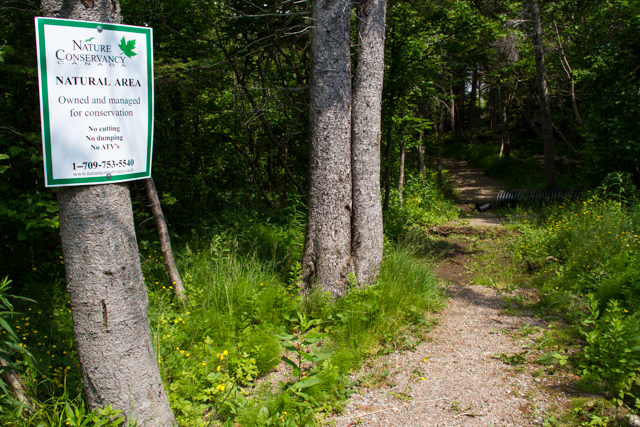 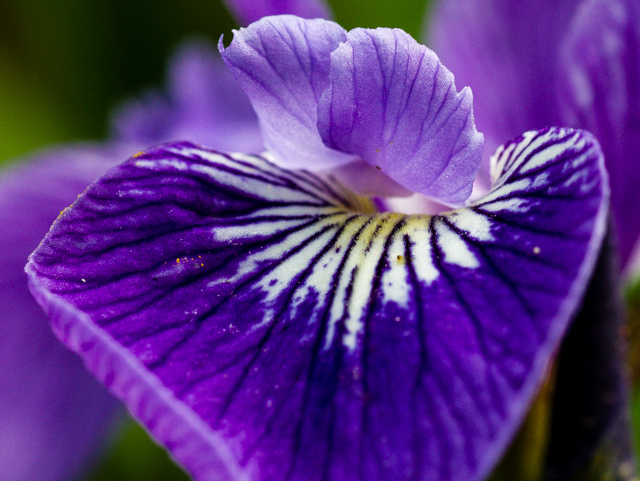 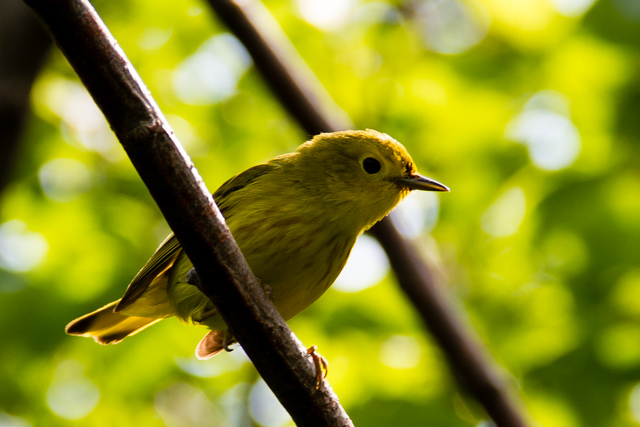 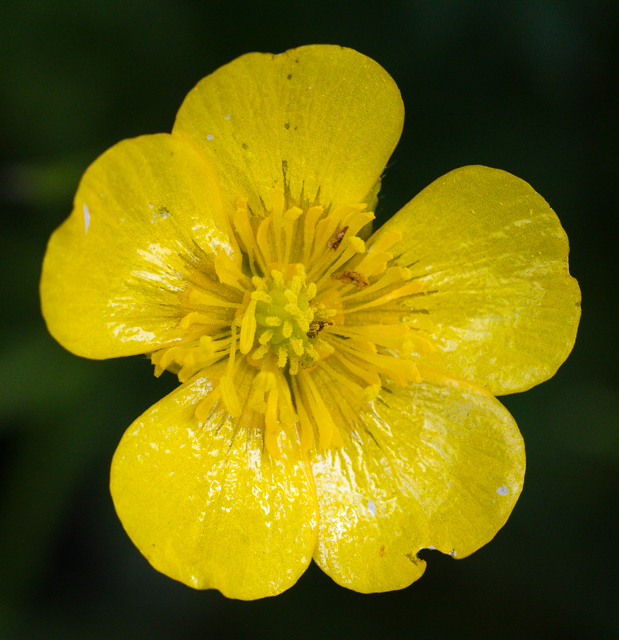 On July 8, I circled around the Port au Port Peninsula where the road hugs the coastline and offers spectacular views. Again the weather was holding, although you’ll see the odd hint of fog rolling in. 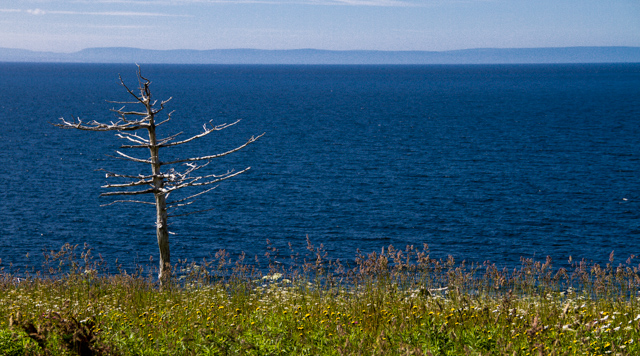 Vista from the pensinsula 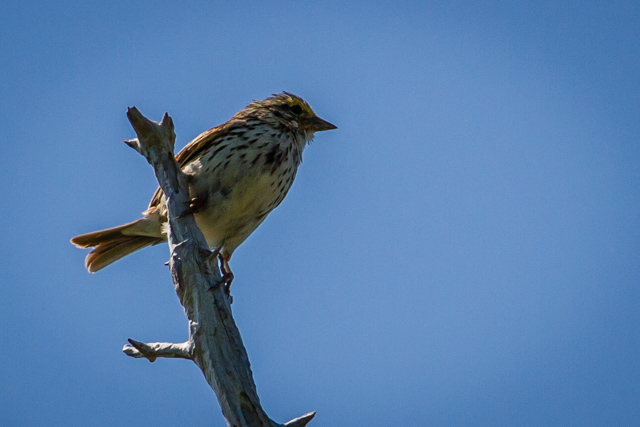 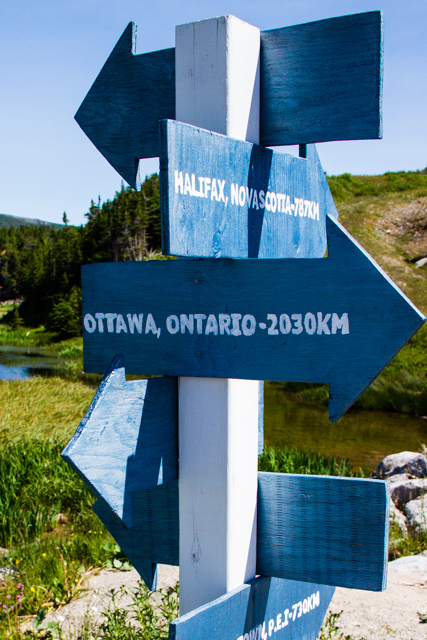 As the crow flies! 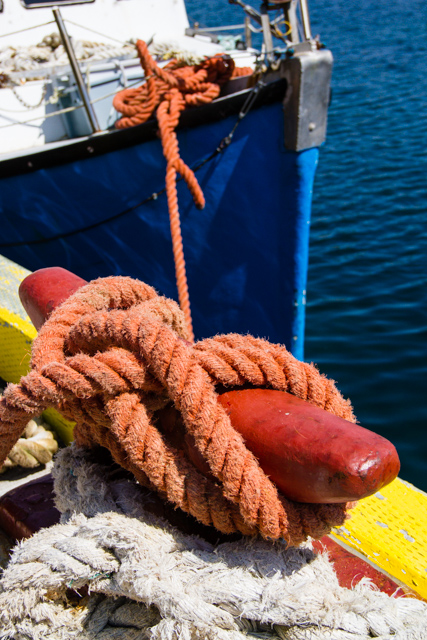 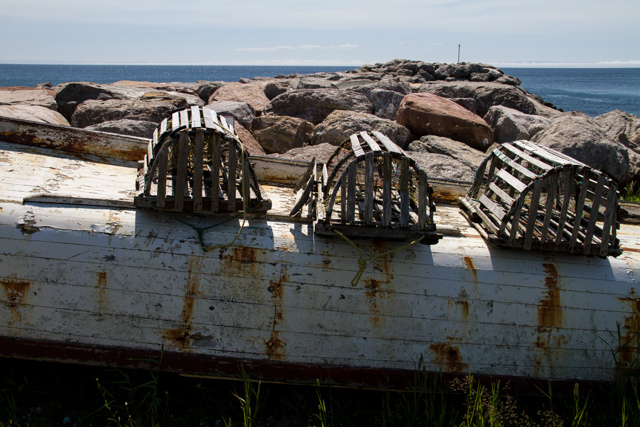 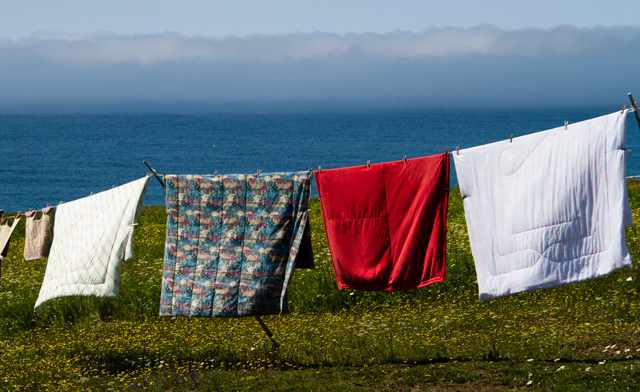 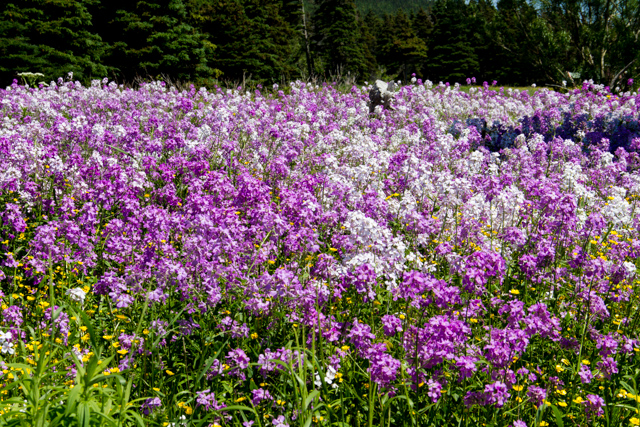 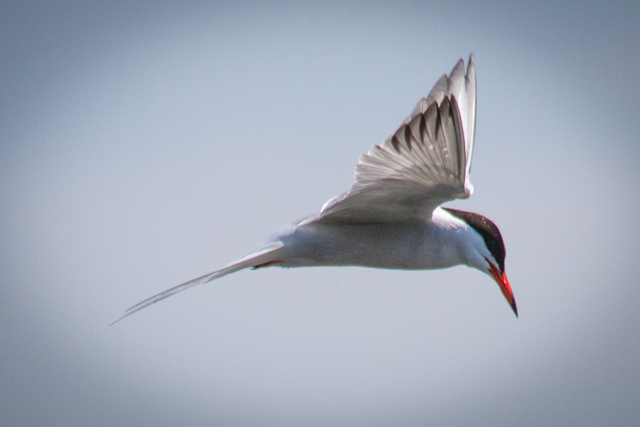 Tern at the cusp of a dive

It was late afternoon July 8 by the time I reached Gros Morne and despite all of the literature and tourist information, I was quite unprepared for its beauty. The photographs can’t do it justice, but they can try. 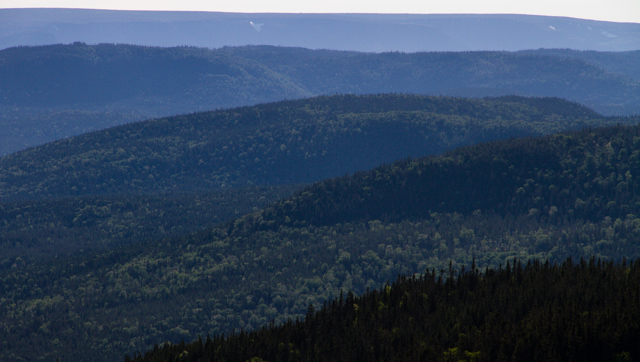 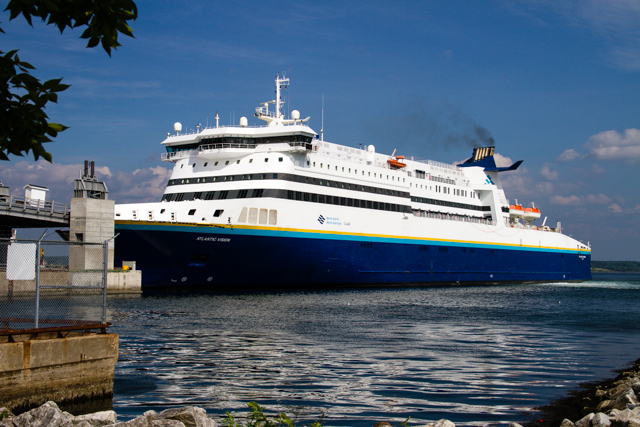