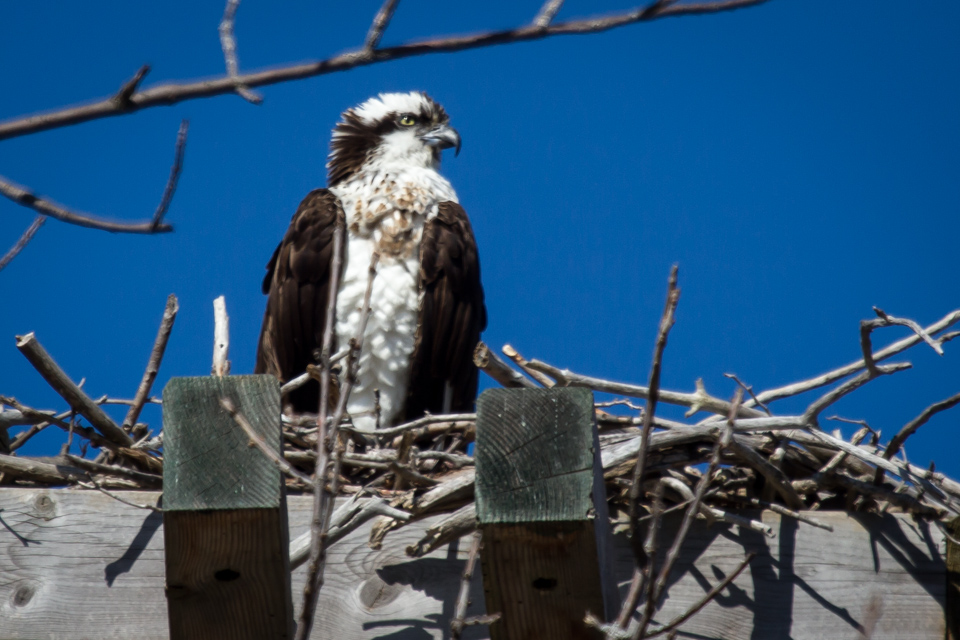 With the snow barely gone, the ospreys have returned to Eastern Ontario, staking out claims on the  pole nests scattered about the countryside. Since they are not spending much time on the nests themselves, it is fair to deduce that they haven’t yet laid any eggs, (as at April 6 2013). We’ll continue to monitor them.

A female osprey preens, takes a short flight and chirps to call her mate. Taken  at Merrickville, Ontario.

The first three photographs were taken on the north side of Merrickville, Ontario, the fourth at Andrewsville, about 50 km south of Ottawa, Ontario . 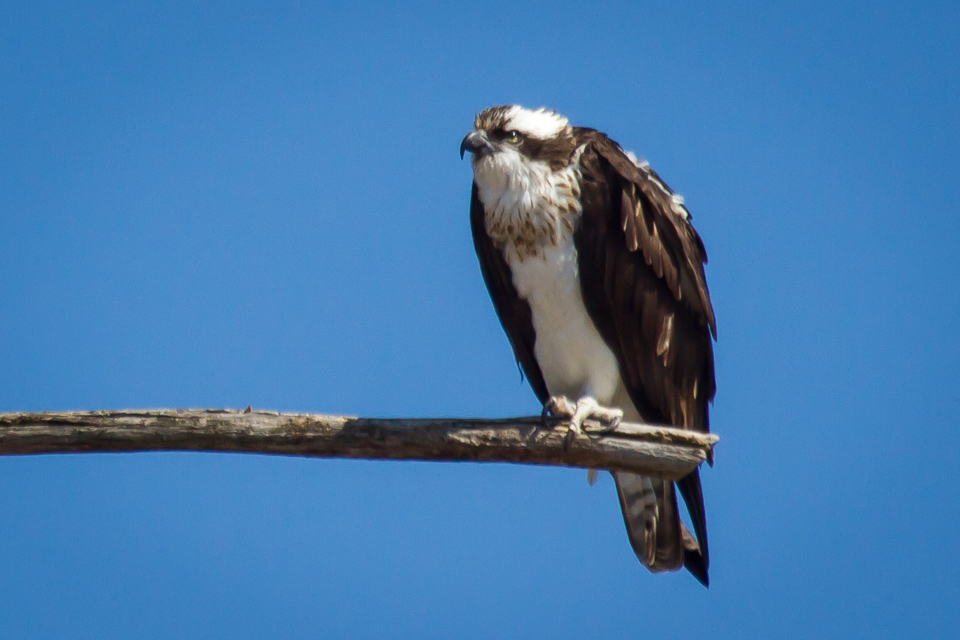 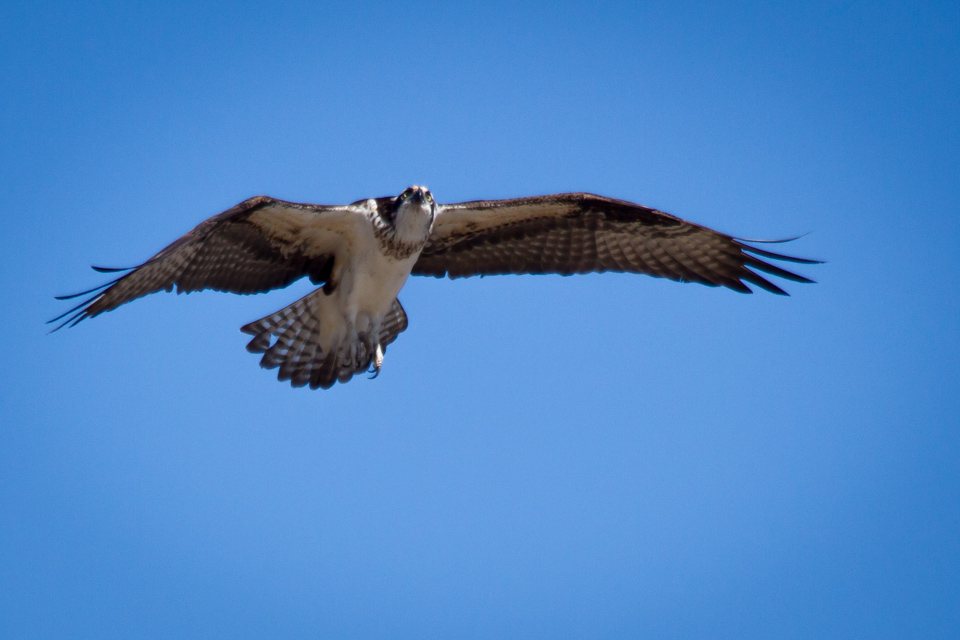 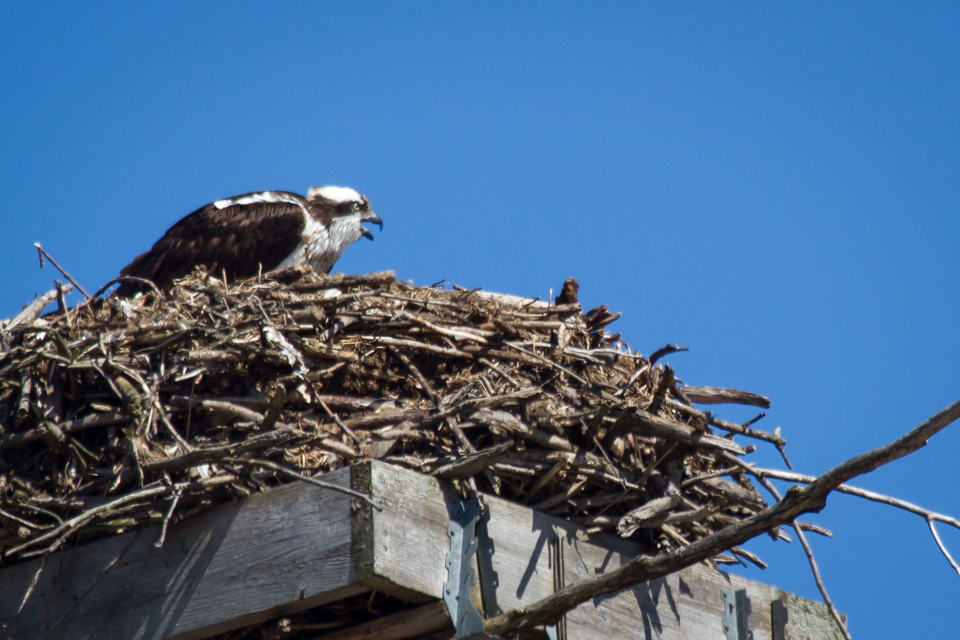 The Encyclopaedia of Life says that “In the mid-20th century, Osprey populations in the United States and elsewhere plummeted as a result of accumulations of the pesticide DDT in the food chain, which prevented the formation of normal eggshells (DDT can interfere with normal calcium absorption, resulting in thin eggshells). With the reduction in use of DDT and other conservation efforts, populations of Ospreys and some other affected species have rebounded.” Reference: Encyclopaedia of Life 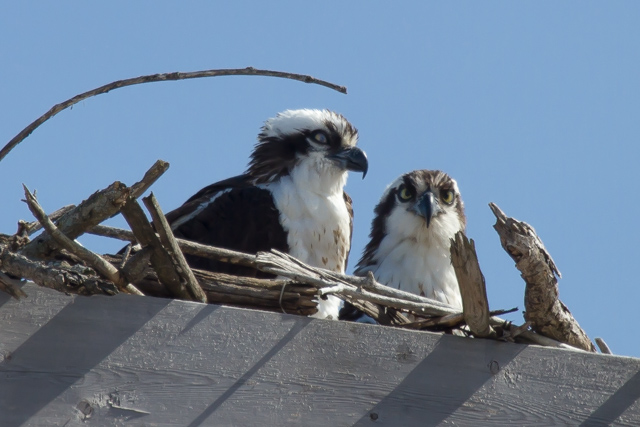 The ospreys have landed