Captain Alcock steered us out of St Anthony’s harbour on the good ship Graffer III precisely at 9 a.m. this morning.  Ahead of us, a clear day, fair winds  and, with luck, some whale and iceberg sightings.

I’ve tried shooting from aboard ship before, and let me tell you, it’s a challenge. Forget the nice, steady tripod, the measured squeeze of the shutter.  Work instead with a rolling, yawing, pitching deck, grabbing for dear life onto whatever is available with one hand,  holding the camera and its sizeable  lens with the other, ready to aim, if that’s even remotely the word for it, knowing that all you are granted is a three-to-five second window to get your shot as the whale blows, surfaces, and disappears. I can’t really call the operation “pointing the camera”, it’s more like waving it generally in the direction you’re trying to reach.

Now by now, you probably think that I’m subtly setting you up for excuses for some lousy shots, but I’m actually quite pleased with some of the results.  Here we go: 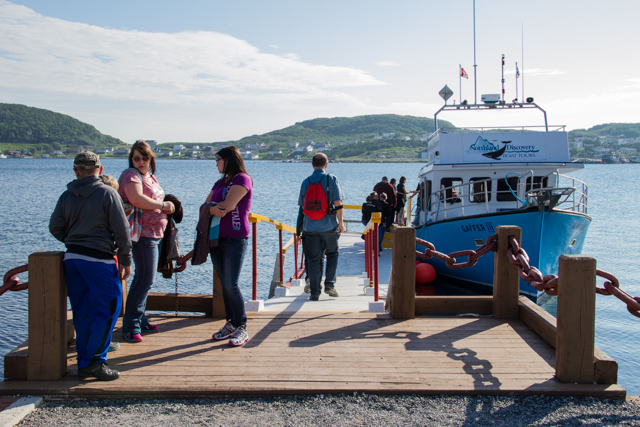 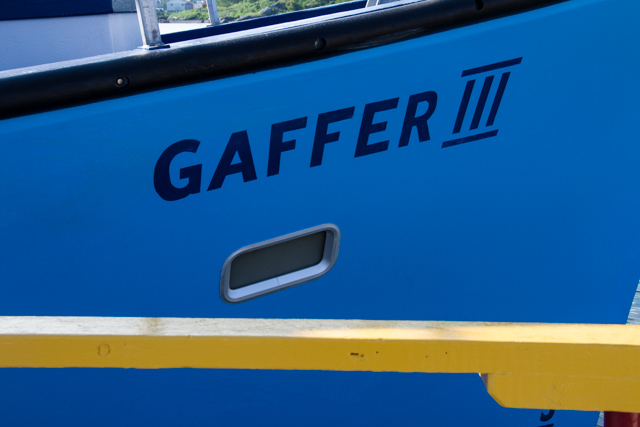 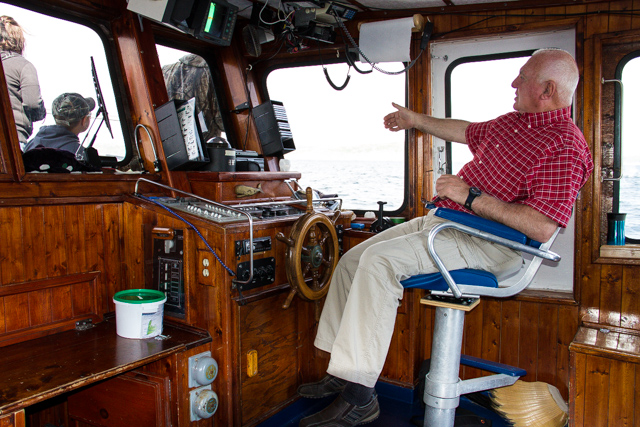 Captain Alcock at the helm 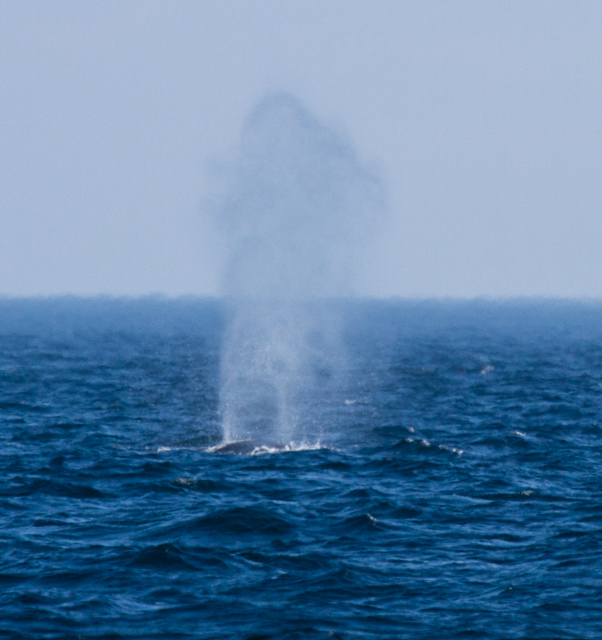 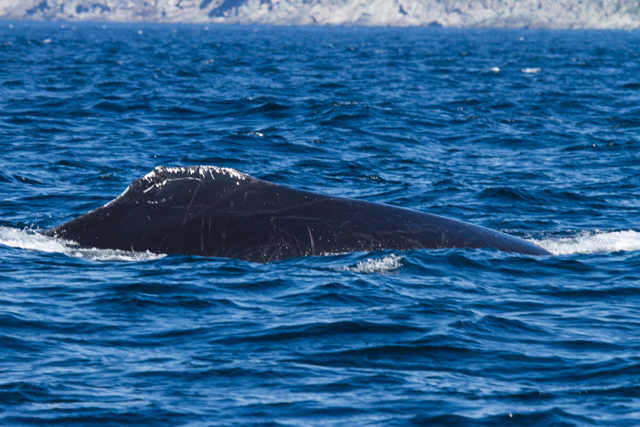 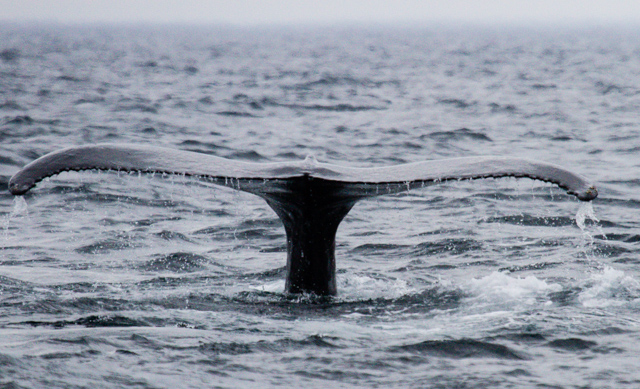 The tiny town of Saint Carols, huddled against the cliffs.

You call this an iceberg?

Now, about the icebergs. We were sailing in what is known around these parts as “Iceberg Alley”. Dozens, scores of icebergs come through here annually. But today, nary a one. (Some aboard the Gaffer III claimed that one could be seen about 25 km away, but to these eyes, there was at most a vague whitening at one point on the horizon line.) Apparently, we’re nearing the end of iceberg season.

However, driving up from St. Anthony to L’Anse aux Meadows, I did spot one from the highway.  The locals scoffed. “That’s not an iceberg,” one said. “More like an ice cube if you ask me!” 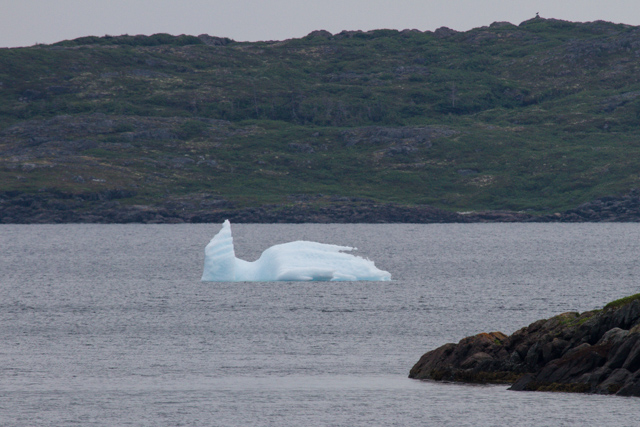 Iceberg, or ice cube? You to decide.