The river Tempesque cuts through Guanacaste like a serpent; tributaries empty into it along the way, providing, at Palo Verde, a rare and important habitat for water birds of all kinds.( Despite the build up in yesterday’s post of this as a major travel adventure, the way in was on roads far better, far more benign on the car’s suspension — and mine, than I have seen elsewhere in this country.)

A boat plied about 30 of us up and down the river for a couple of hours, with the knowledgable Luis and Tomato acting as guides and spottters. 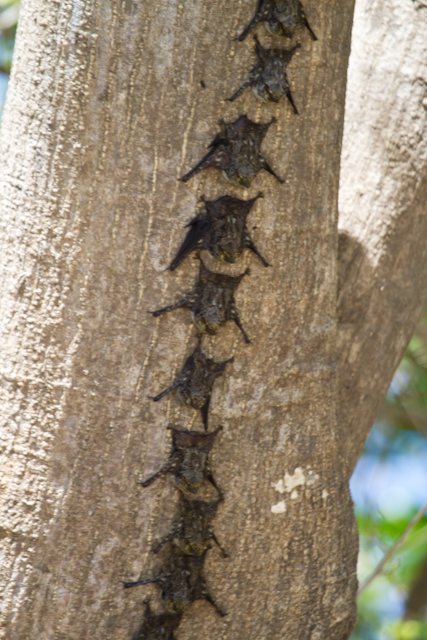 Barely 50 metres from the dock, this string of bats, sleeping in this peculiar linear formation, attracted our attention. They do this as a protective measure. As soon as there is any kind of danger, the bats co-ordinate a kind of wiggling motion, so the whole line resembles a snake writhing up the trunk, and would-be predators keep their distance. The strategies nature devises never cease to amaze.

Most of the bird (and monkey) species along the banks, I had seen at other locations, so it was like meeting old friends again. I particularly like the Green Kingfisher photograph.  Newcomers to this blog: a yellow Tropical Kingbird and the Jesus Lizard.

Note the small spider at the end of its beak (above).

Note the mother carrying her baby on her back (above).

Some of the tour group enjoying a post-excursion lunch.

A note about my photography philosophy: If I have 60, 80, 100  photographs of one species in my archive, people often say, that’s plenty, jd: move on! But my objective, unlike many birders, is not to digitally record as many species as I can, then move on. My objectives are beauty and understanding. The goal is a high bar: it’s nothing less than that quintessential, archetypal, suck-in-your-breath, jaw-dropping  photograph: perfection itself. Our Green Kingfisher above may come close (I really do love that shot). But if I see him again, I’ll take another dozen shots. And if again, a dozen more.  The irony is that this perfection I seek, at least on the photographic level, will never be achieved — it’s a totally illusive goal. But as someone once said in a different context, it’s the journey that counts, not the destination.

Tomorrow, back to the Central Valley: only three days left now!BTW, Full moon down here tonight: 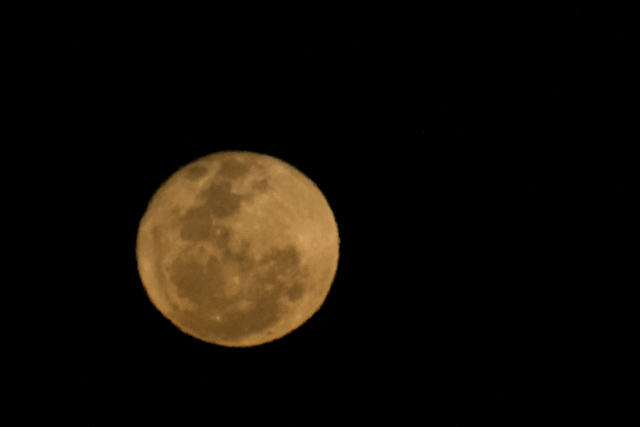