Few scenes are as dramatic—or as anticipated—as the first hint of mountains on the western horizon after days of plain and prairie. Prairie lands are endlessly fascinating, but the Rockies add a sudden punch, an exhilarating shift, like the opening bars of  the third movement of Beethoven’s Seventh.

This little gem, tucked away in the south-west corner of Alberta and grazing the US border, is as spectacular a meeting ground between mountain and plain as any pair of eyes is likely to take in. At the risk of sounding like their tourist brochure, it has everything: majesty in the landscape, wildflowers, wild animals, birds, hiking trails, serene lakes, and yes, both mountains and plains. 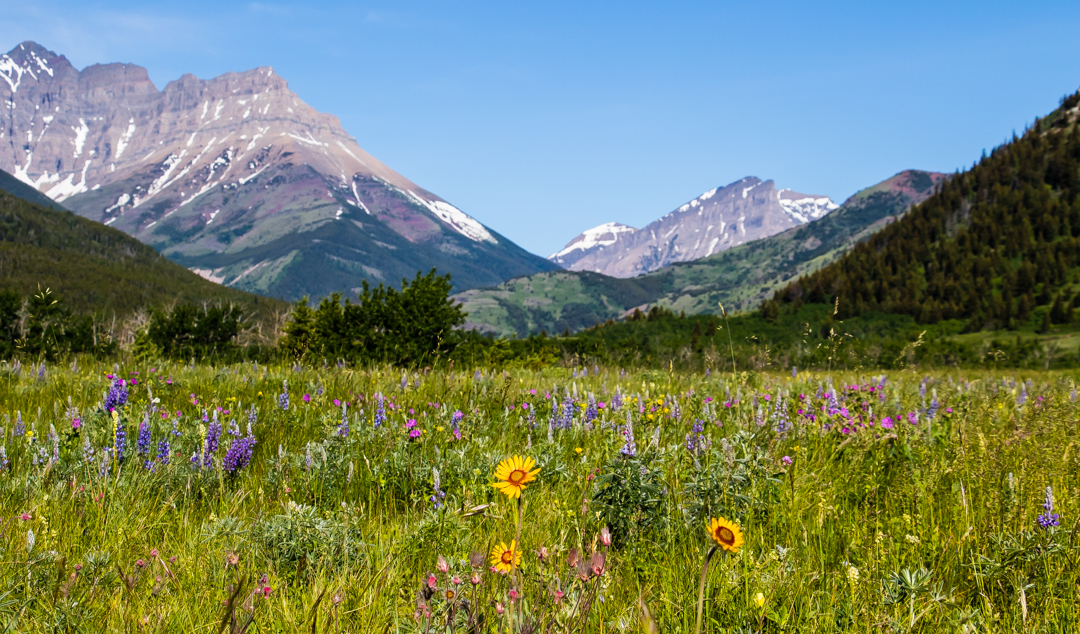 On the trail to Red Rock Canyon in the park 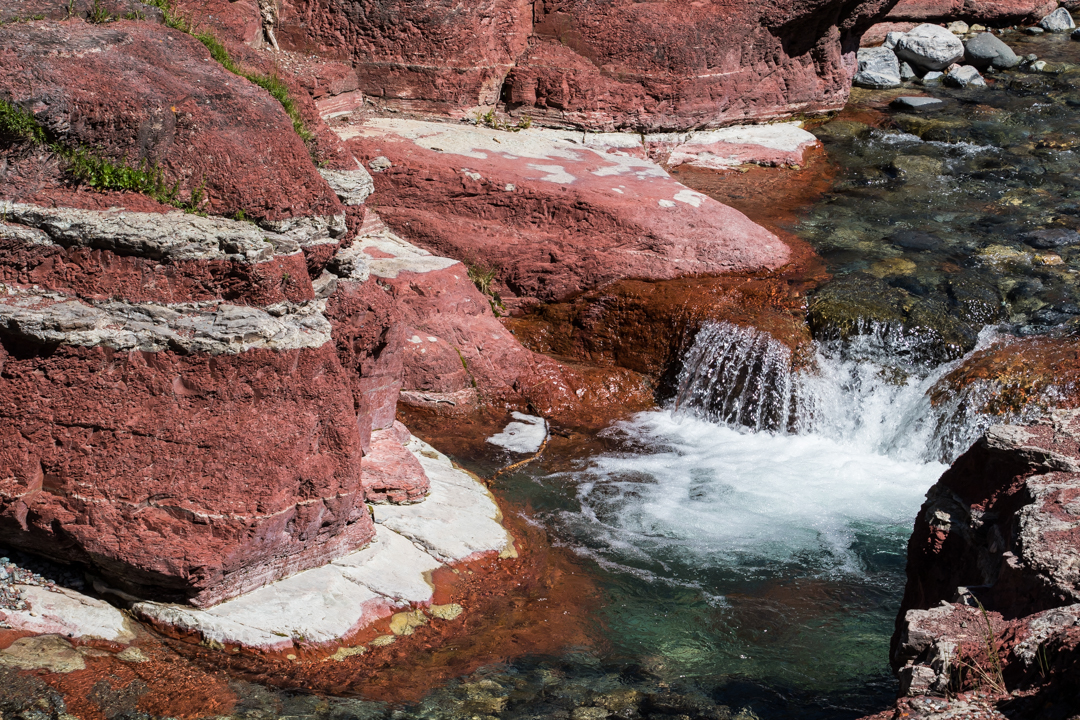 Elk, bighorn sheep, and other wildlife abound, the deer graze in the centre of town, not at all minding the tourists. And then there’s Cinnamon, an easily applied nickname for the brown bear spotted near the entrance of the park. He was only 20 meters away. I’ll probably forget to mention I was in a car at the time. 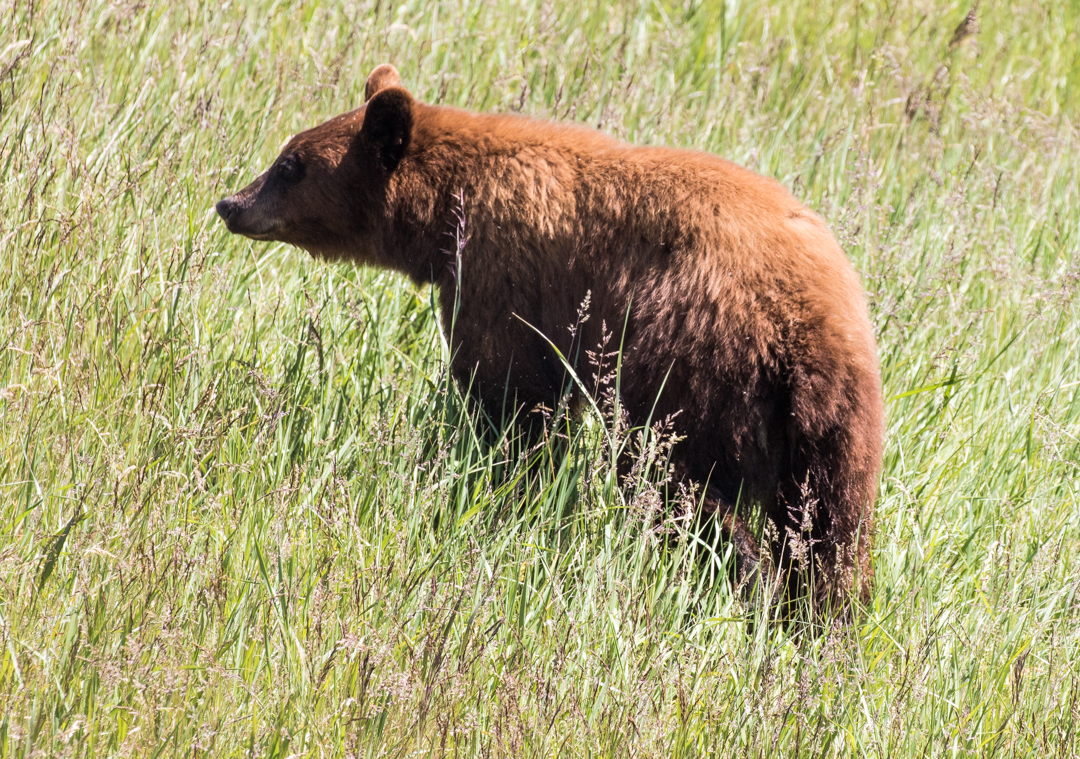 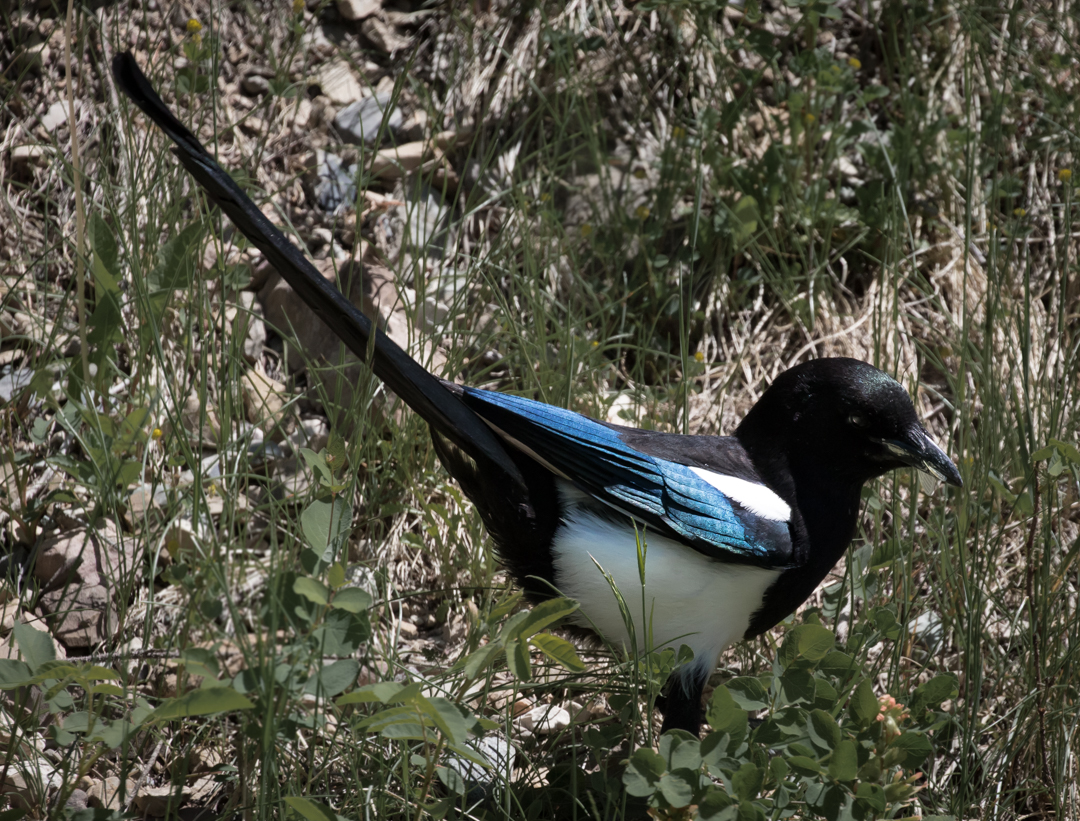 We tend to think of magpies in black and white terms,
but if the light catches the wing just so . . .

Waterfowl we just don’t get in Ontario

At a wetland bird sanctuary on the outskirts of Cranbrook, BC: 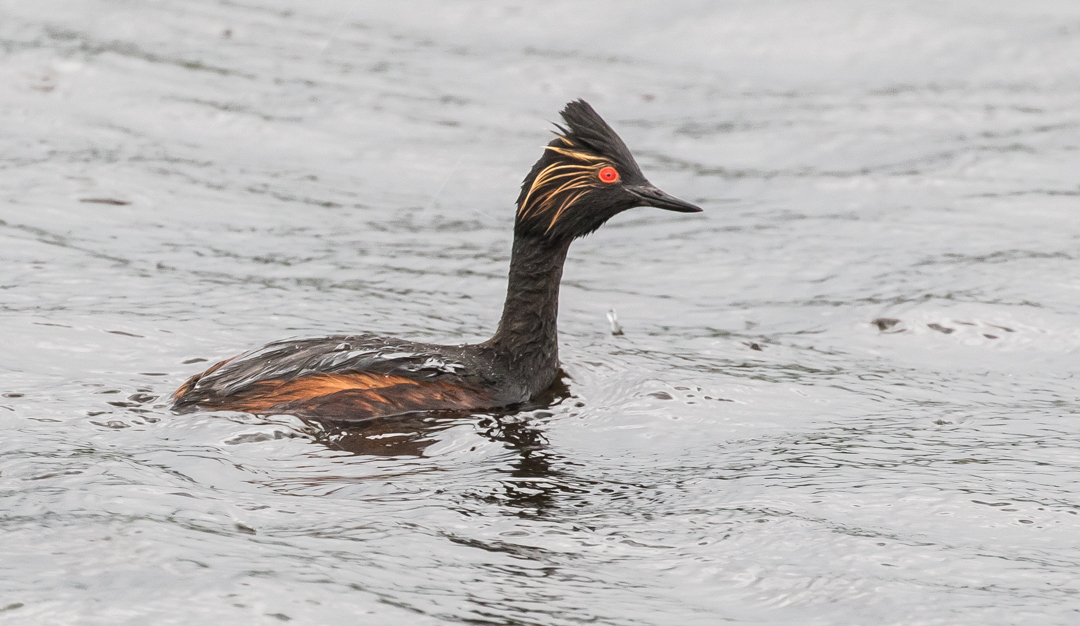 Eared grebe in the rain 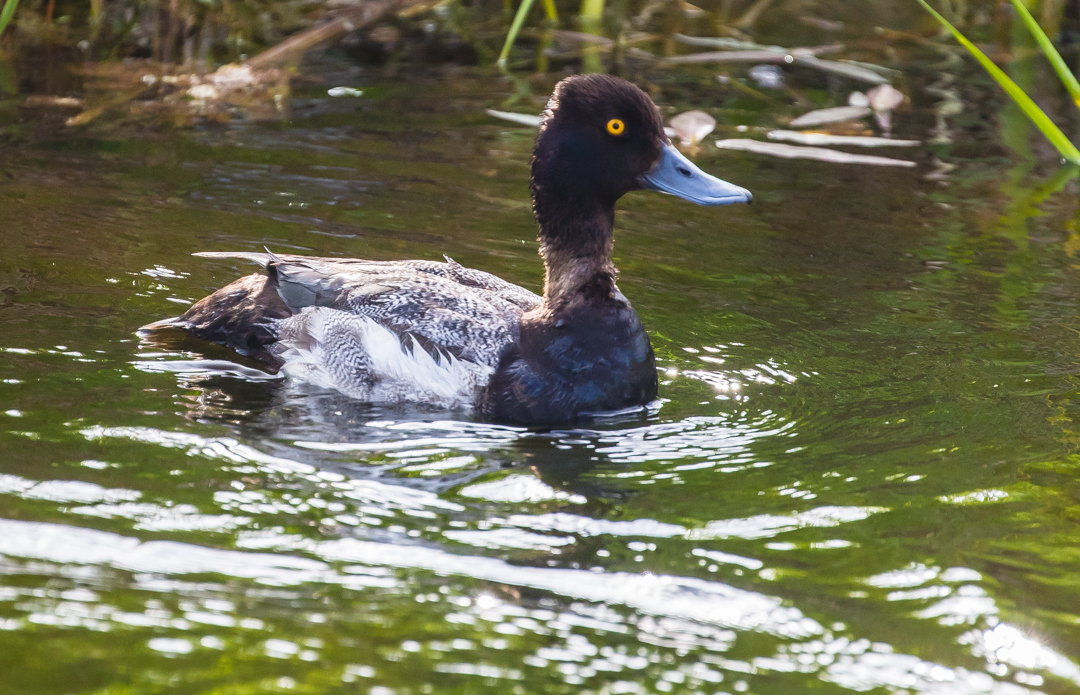 Ruddy duck in the sun

A route from Calgary, through Waterton Lakes National Park in Alberta,  Cranbrook, BC, then down through Idaho, Washington and Oregon, parallels the continental divide. By mid June, the entire region is strewn with wildflowers. I won’t even begin to try to identify most of these. 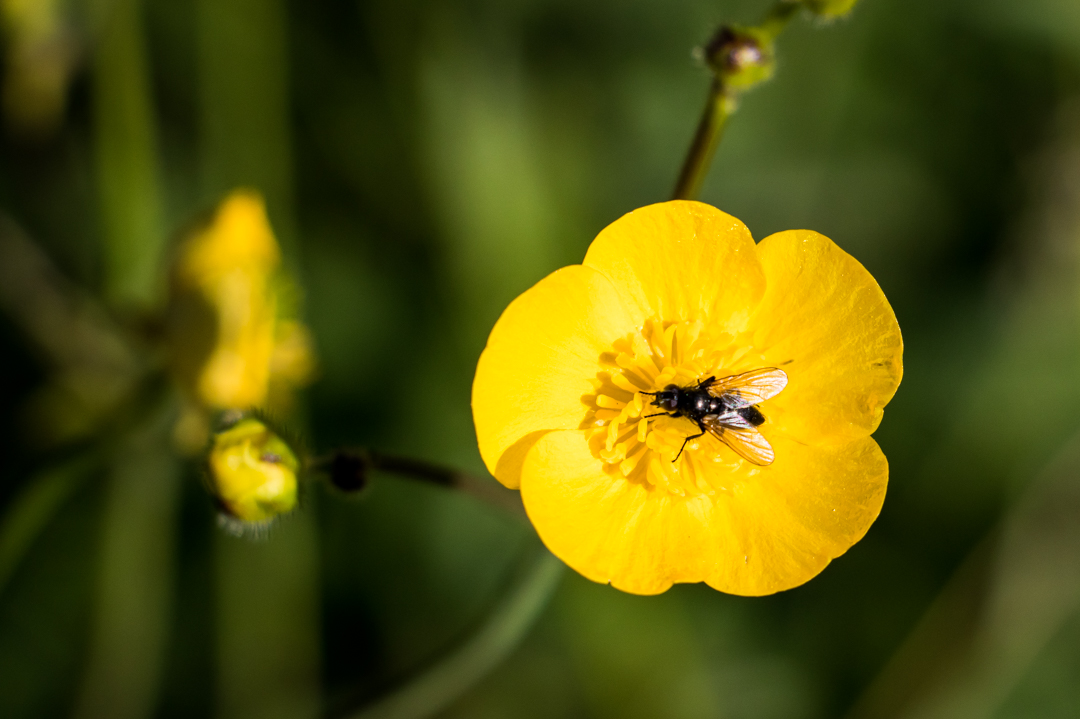 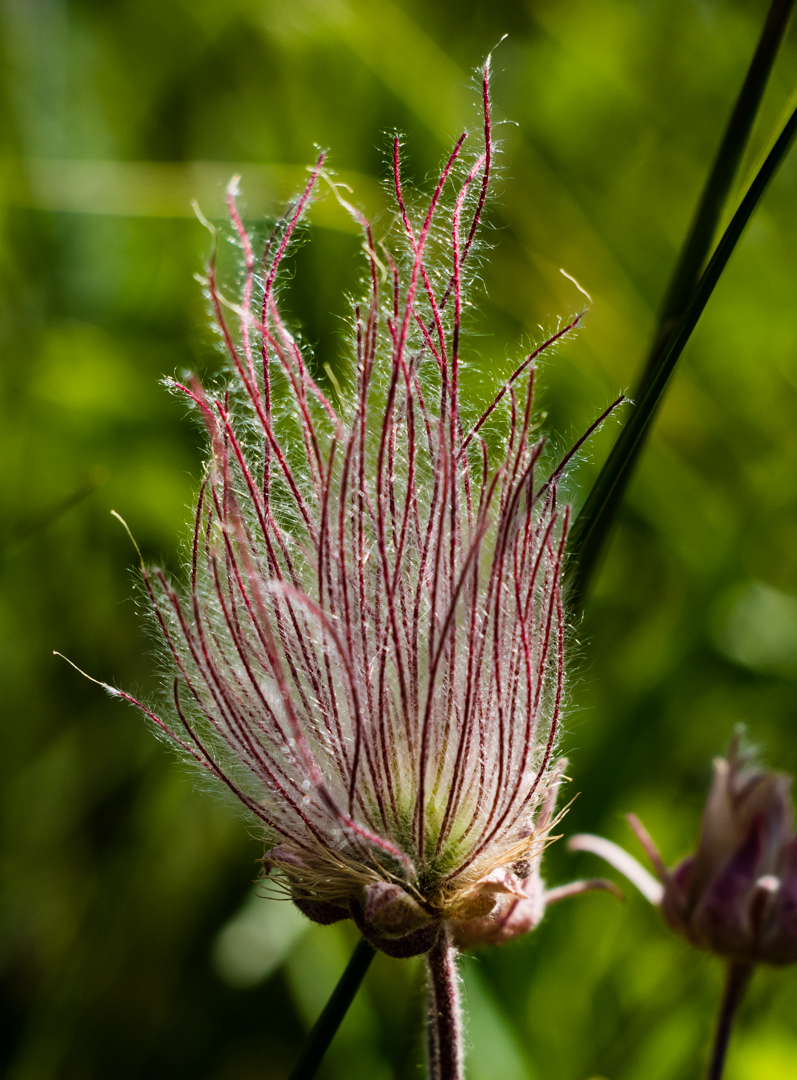 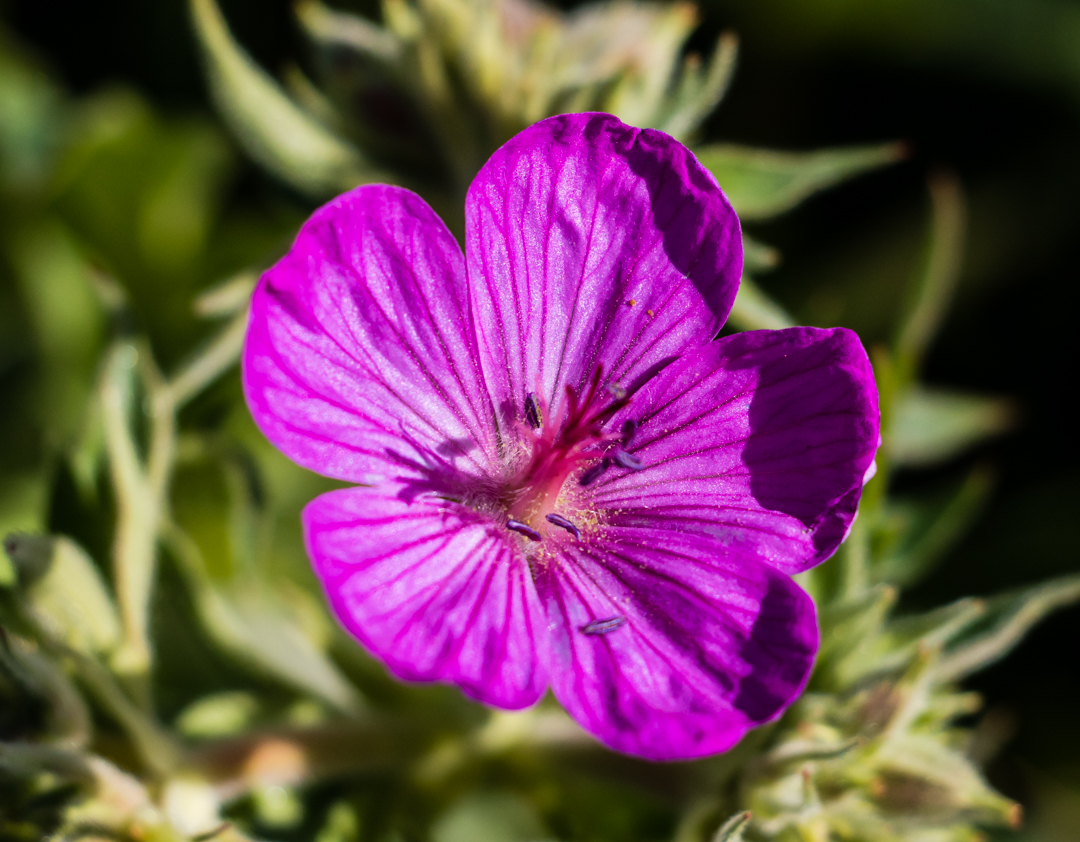 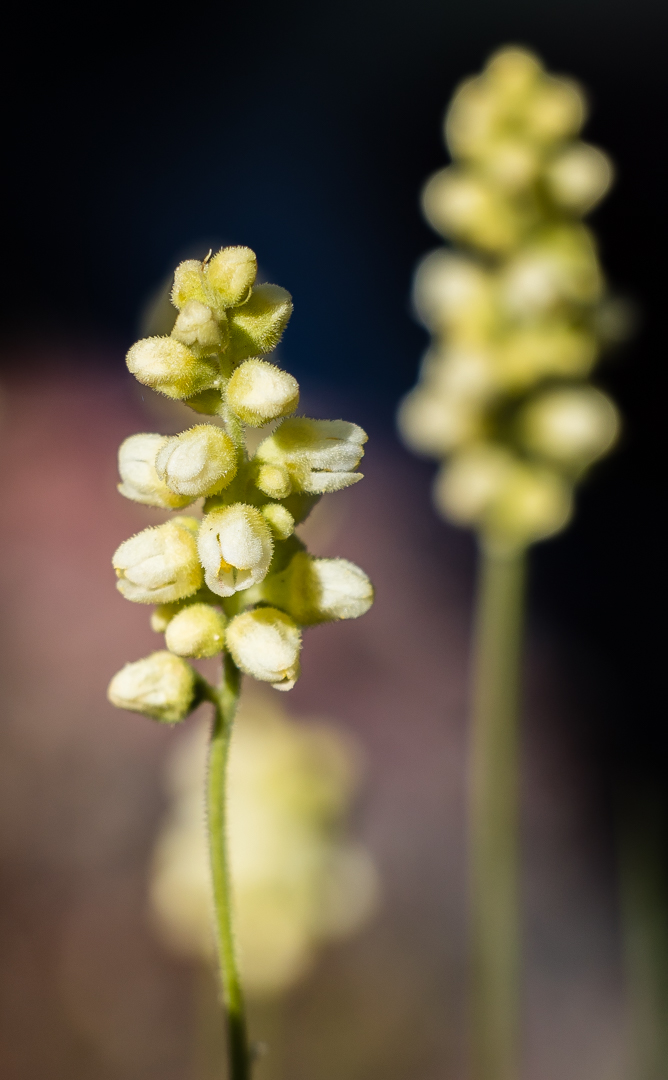 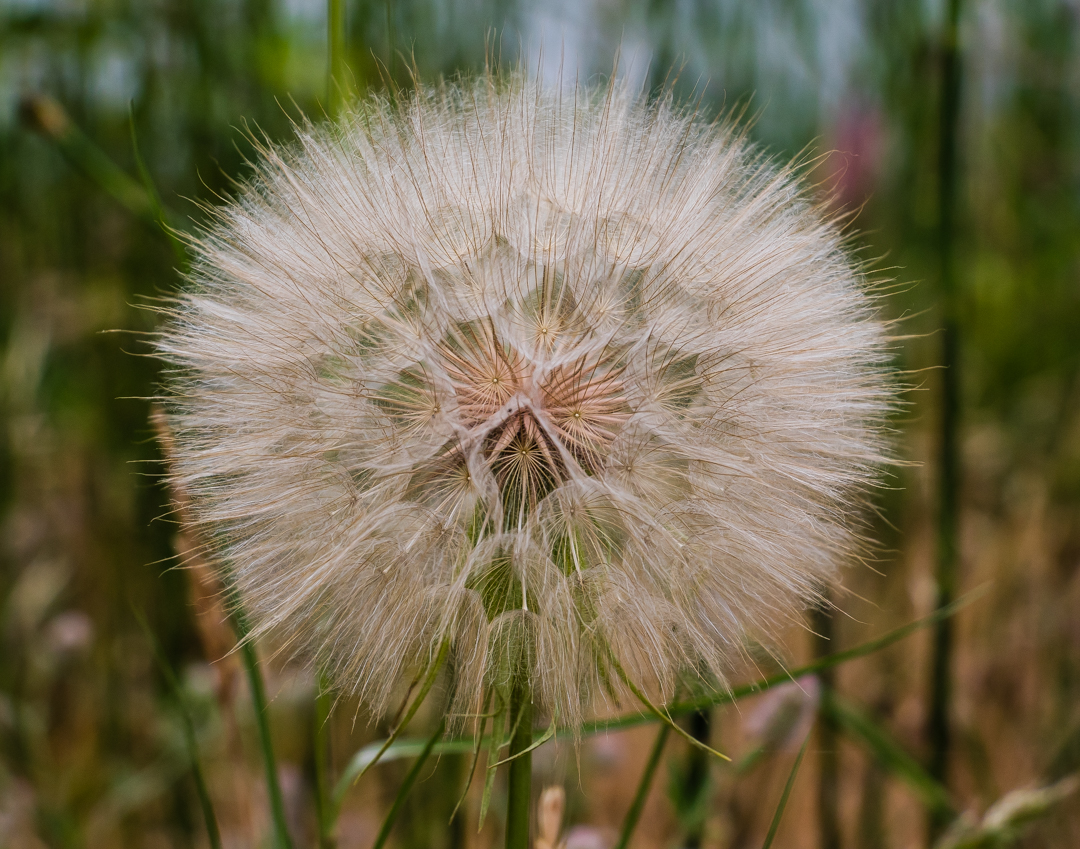 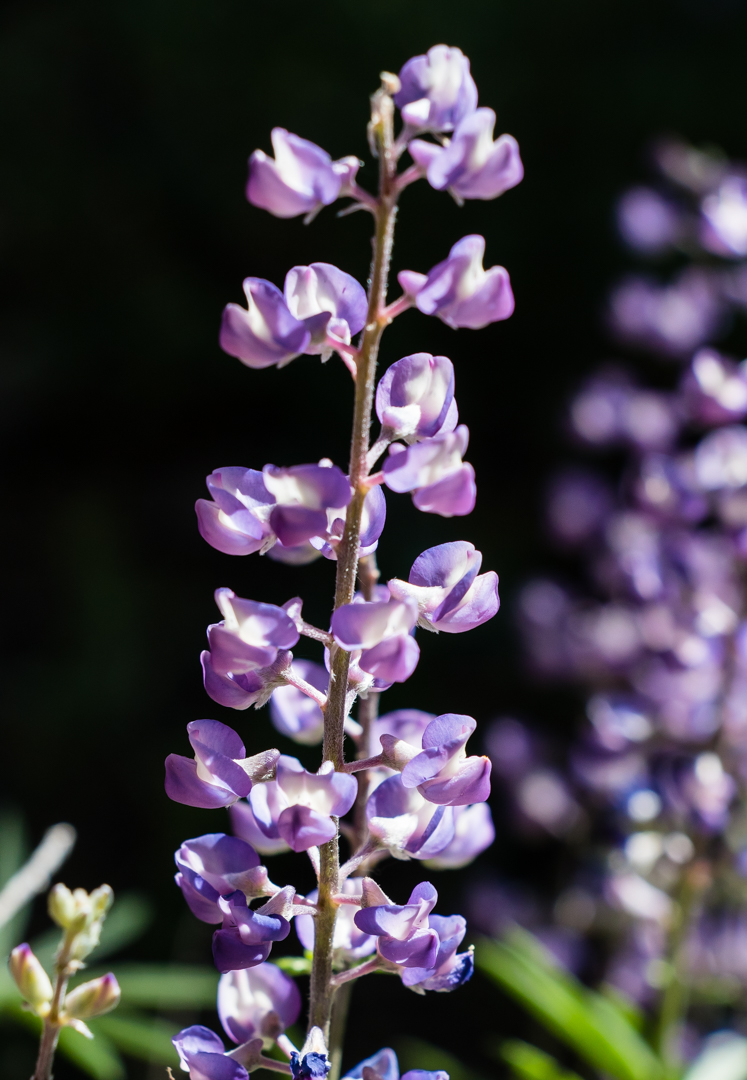 Dropping down into Idaho, Washington and Oregon, the vegetation changes, with ponderosa pine dominating the forests, 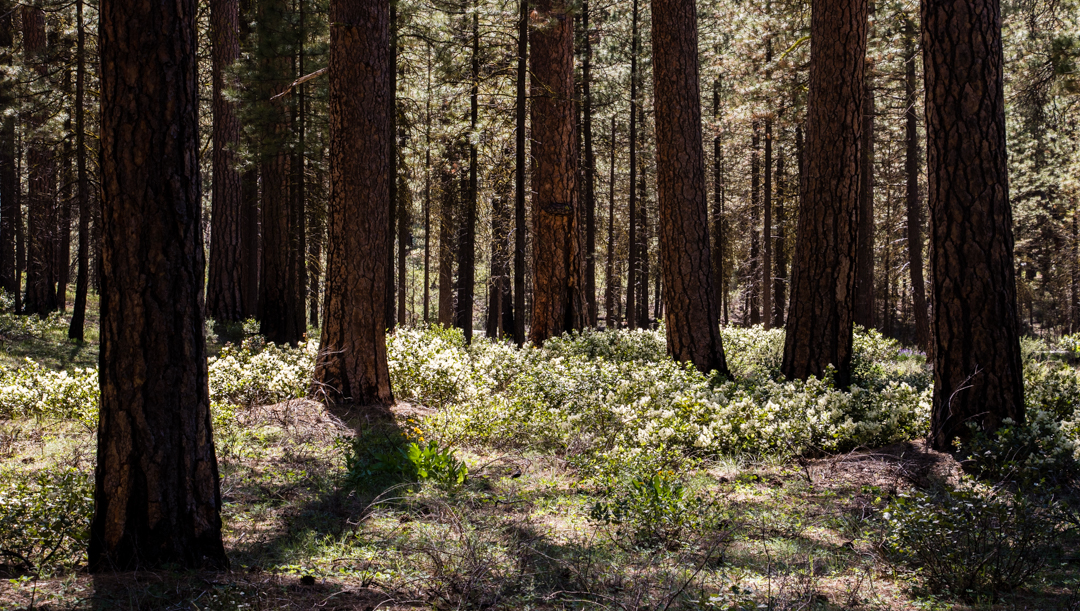 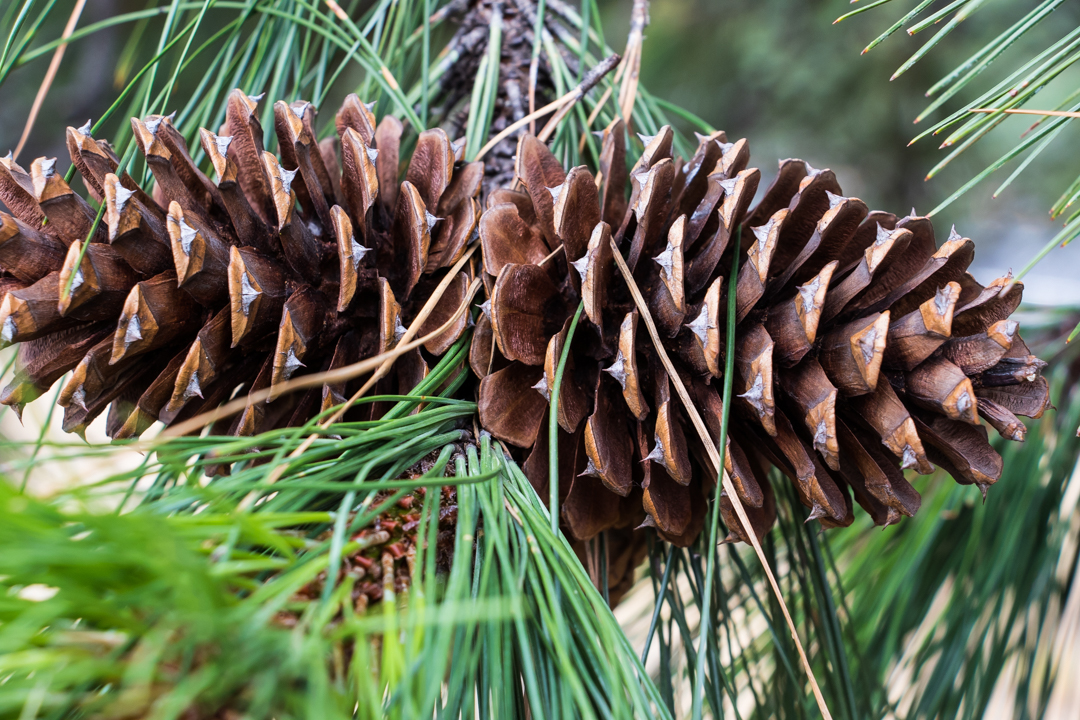 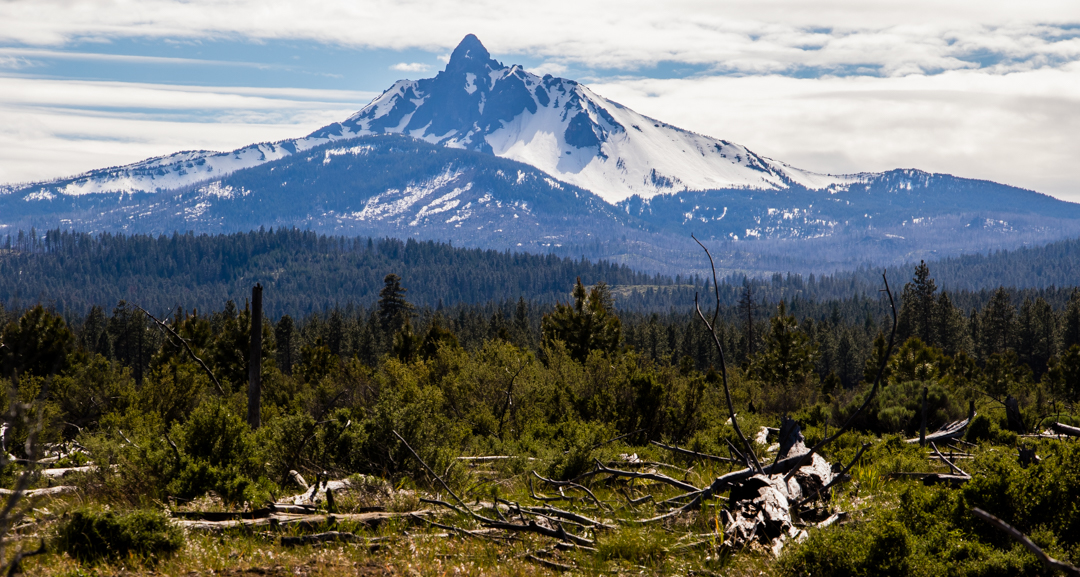 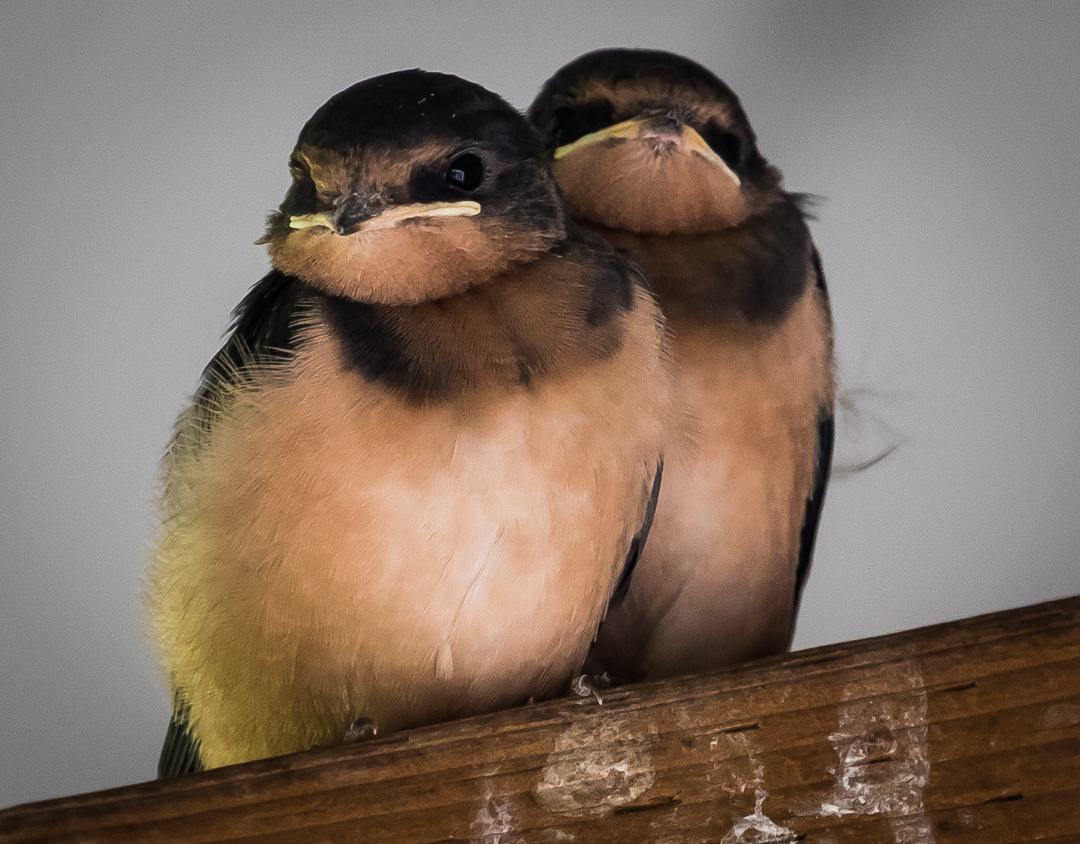 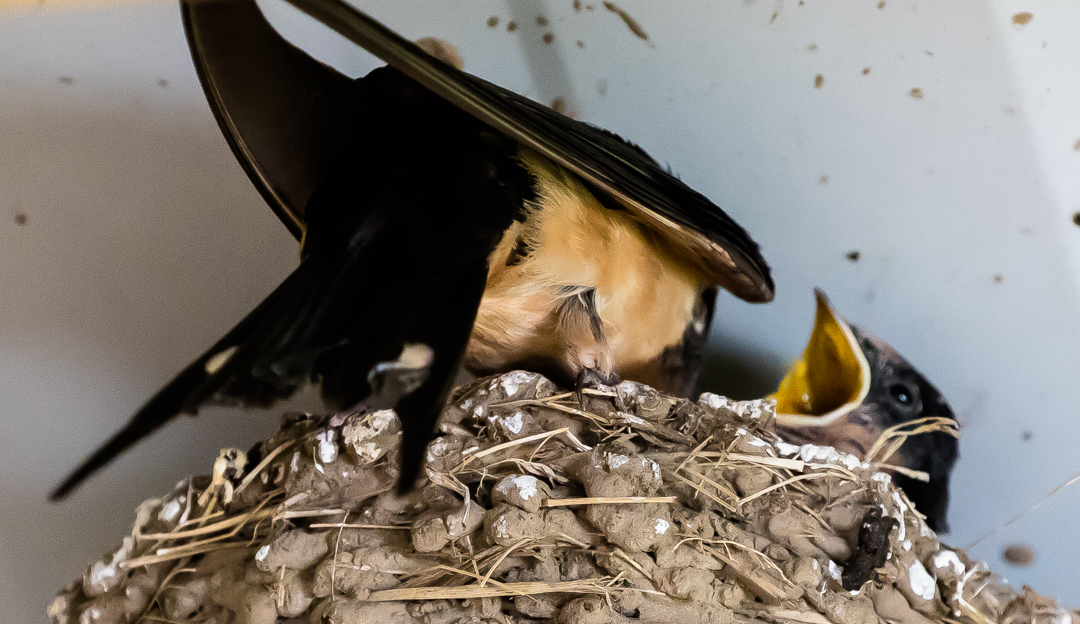 It was not easy to miss the commotion at the side of a hiking trail along the Metolius River in Oregon—dozens of butterflies in a feeding frenzy.

Others prefer a more refined approach to dining. 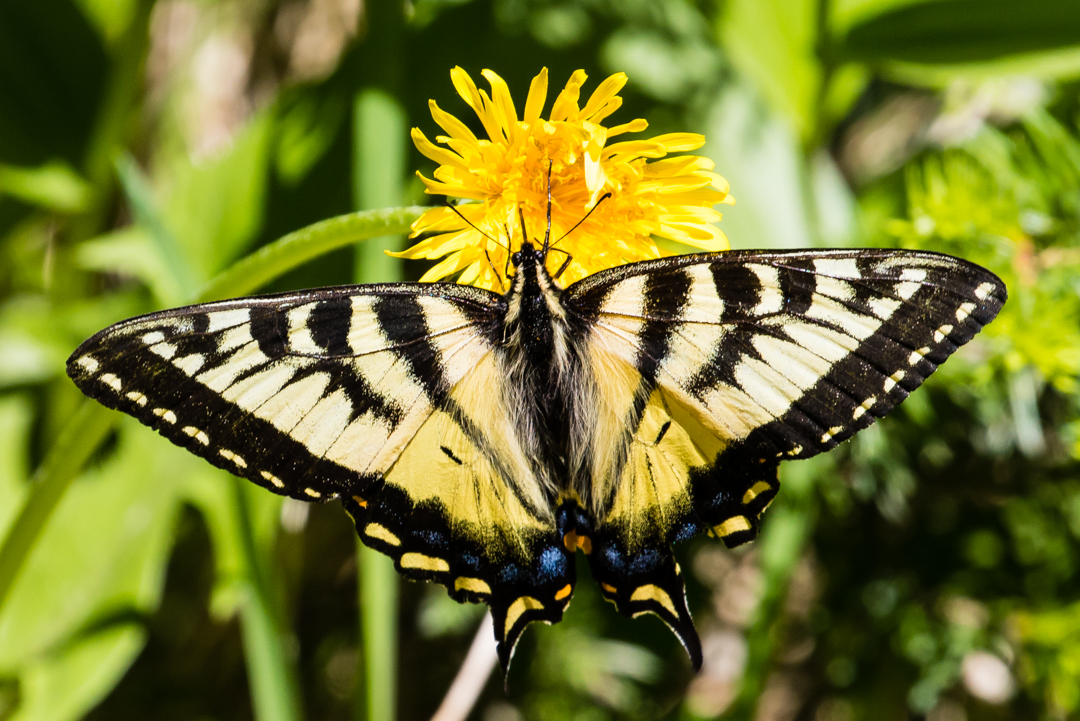