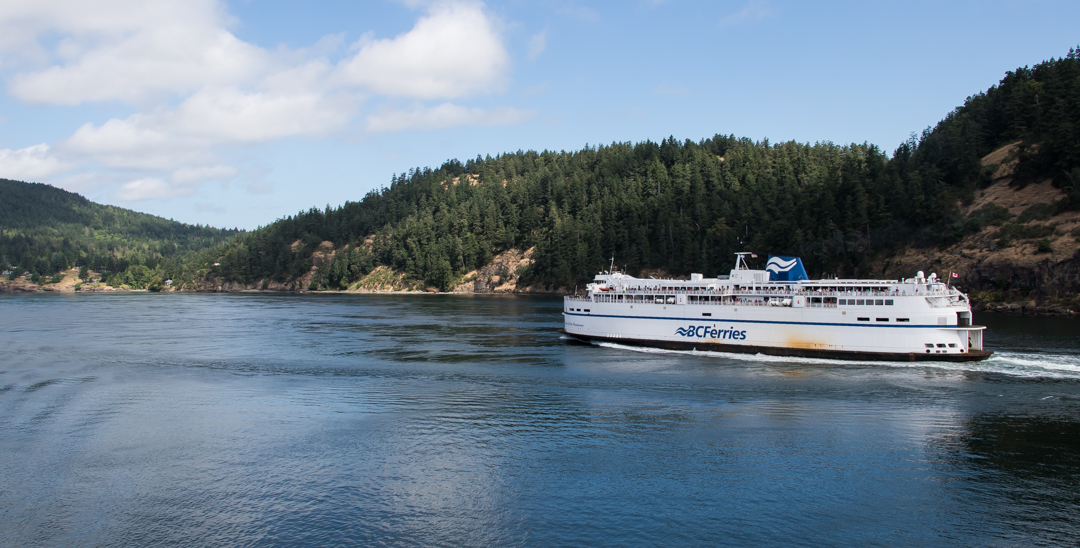 Driving from one place to another is one thing. Taking a ferry is something else altogether: there’s planning, the long wait to get on, and the voyage itself is a peculiar exercise in suspended time. You are no longer the driver; merely a passenger. The ferry glides (or wallows, depending on sea conditions) on its own, slow, sweet time. Vistas change moment by moment.  And then suddenly, with a thud as prow meets pier, it’s over.

Island folk like the sense of separation from the mainland. It’s part of what defines them.

THE TREE ON BOWEN ISLAND 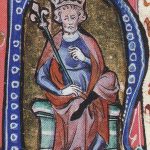 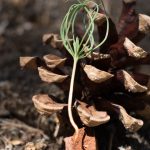 The year was 1017. Over in England, the Danish King Canute was just settling onto the English throne after whupping the Saxons in the battle of Assandun.

Across the planet on Bowen Island, a tiny sapling, not unlike the one here, sent a tentative tendril into the soil.

Today, at 1000 years old, give or take, this Douglas Fir has become something of a celebrity. It has a name—Opa—and it has acquired a  mystique over the years. For centuries, generations of Squamish peoples, hunting and fishing on the island,  would have watched it grow. Today, people get married under it, hold festivals around it, sing to it, honour it. 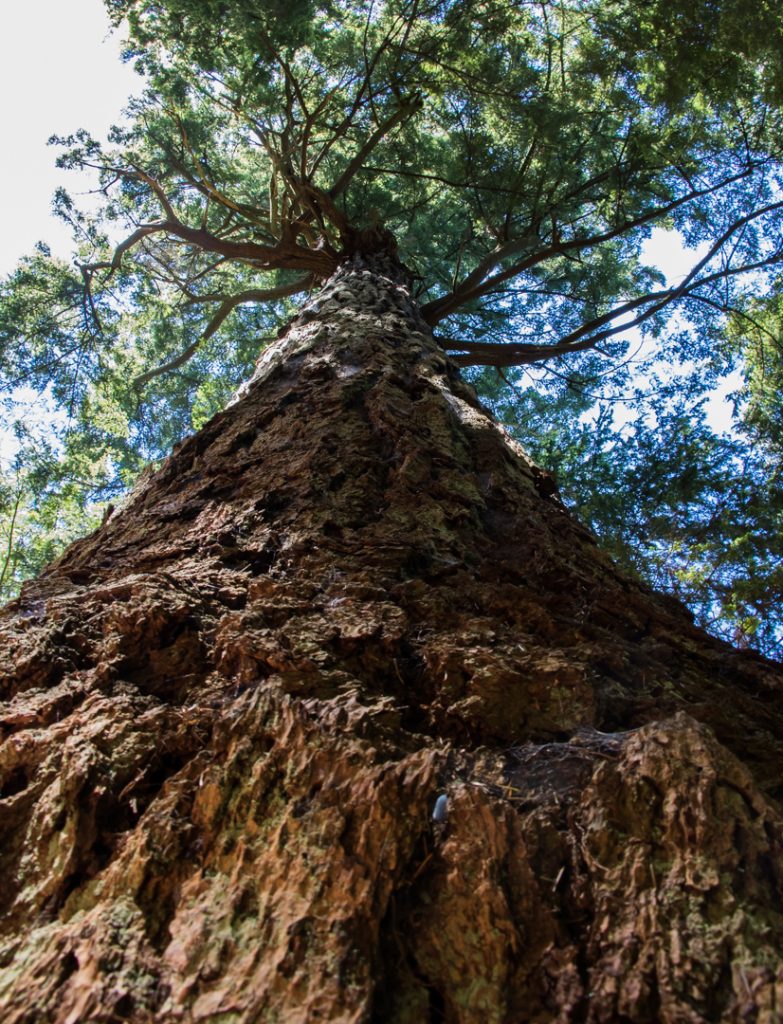 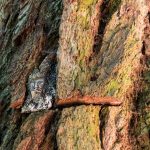 It’s a wonder Opa has survived at all. It was one of only two old growth trees left standing on the island after a logging frenzy in the late 1800s, it had been marked for the chop by a logger, and a while back, some yahoo tried to cut it down. You can still see the saw blade marks.

Bowen’s forests have since recovered and today the island is a heavily wooded paradise for writers, artists, spiritual communities, tourists and, since it is but a 20-minute ferry ride from the mainland, even commuters.

The three of us who trekked to Opa June 24 tried to encircle its gnarled circumference with outstretched arms. No luck. We would have needed another five to get the job done.

The trek to the tree was long and at times steep. But there were rewards along the way. Berries near the path had all been picked, so some thorny extraction was required. 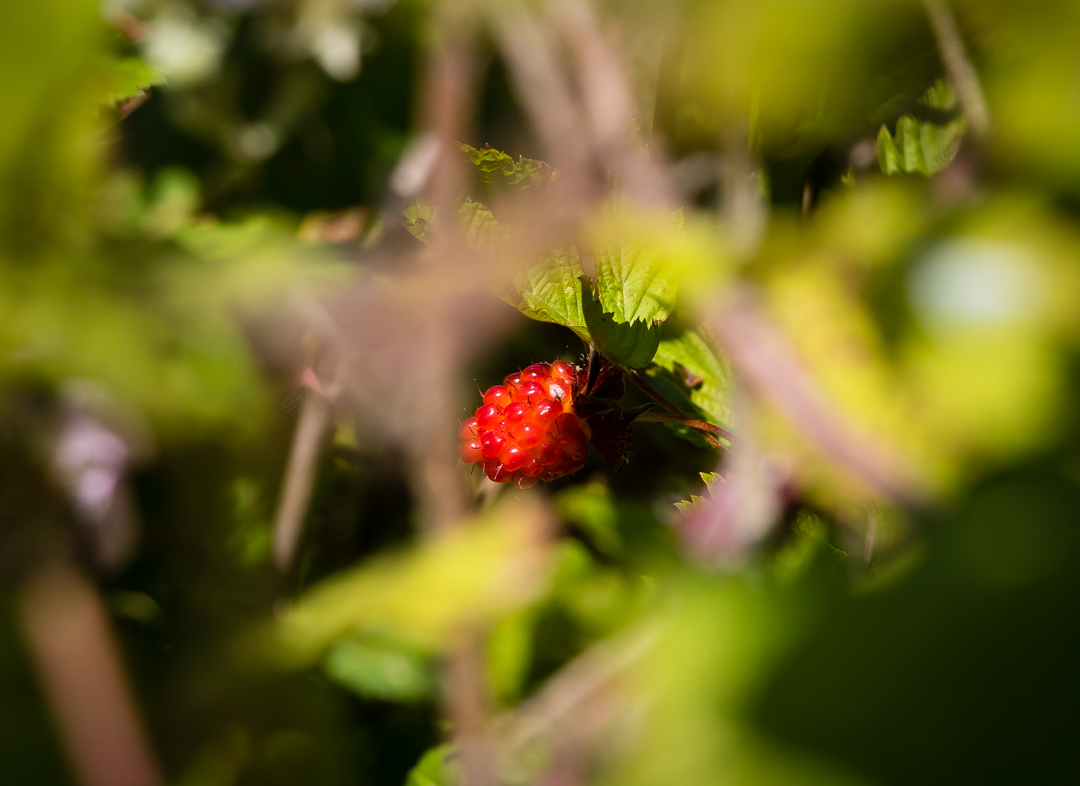 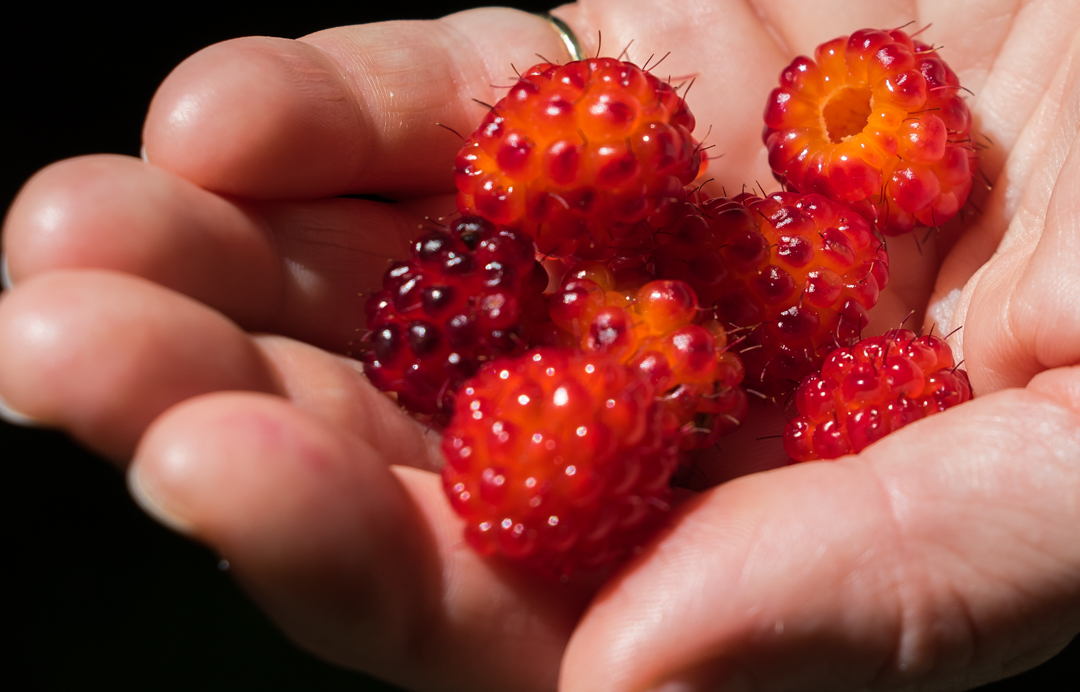 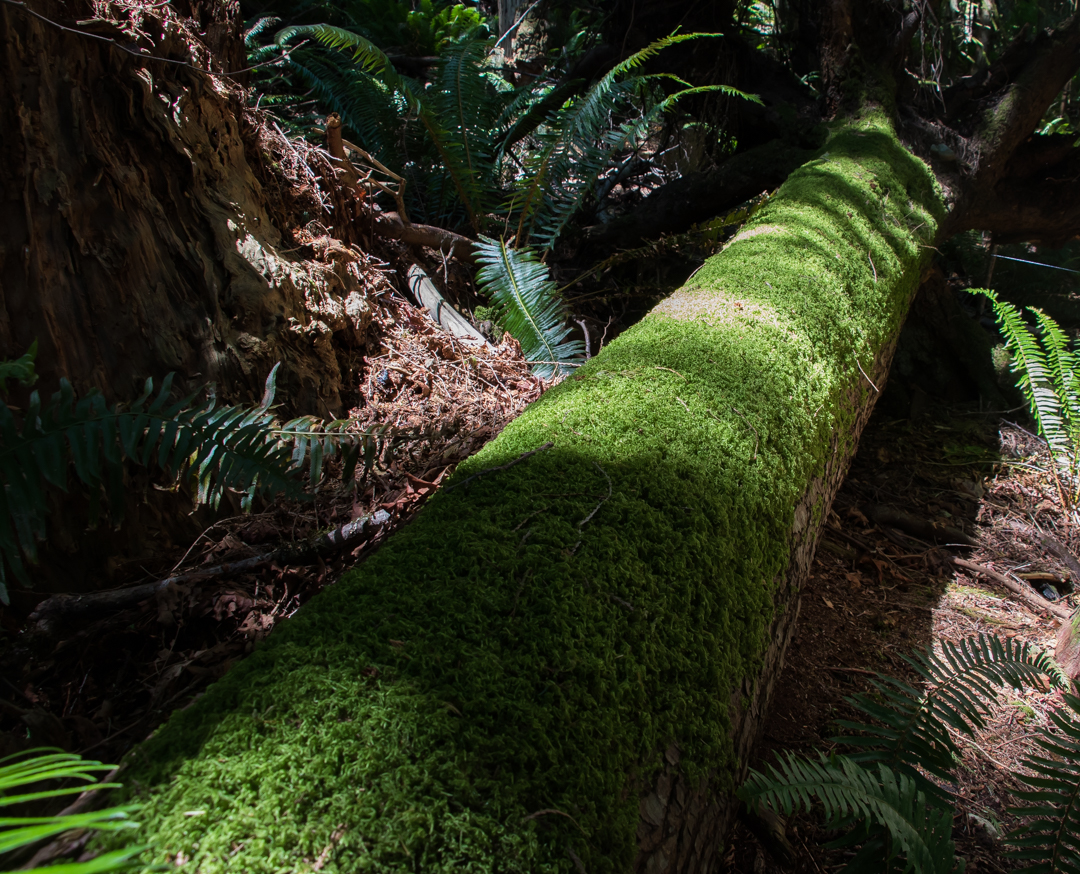 One of the delights of Victoria is the 200-acre Beacon Hill Park along the shores of the Juan de Fuca Strait.

Here, in nests high atop trees, great blue heron fledglings are testing their wings in preparation for their maiden flight. They hatched barely two months ago but now they’re almost the size of their parents and distinguishable only by darker markings on their wings. Here, the adult is on the left, the two chicks on the right. 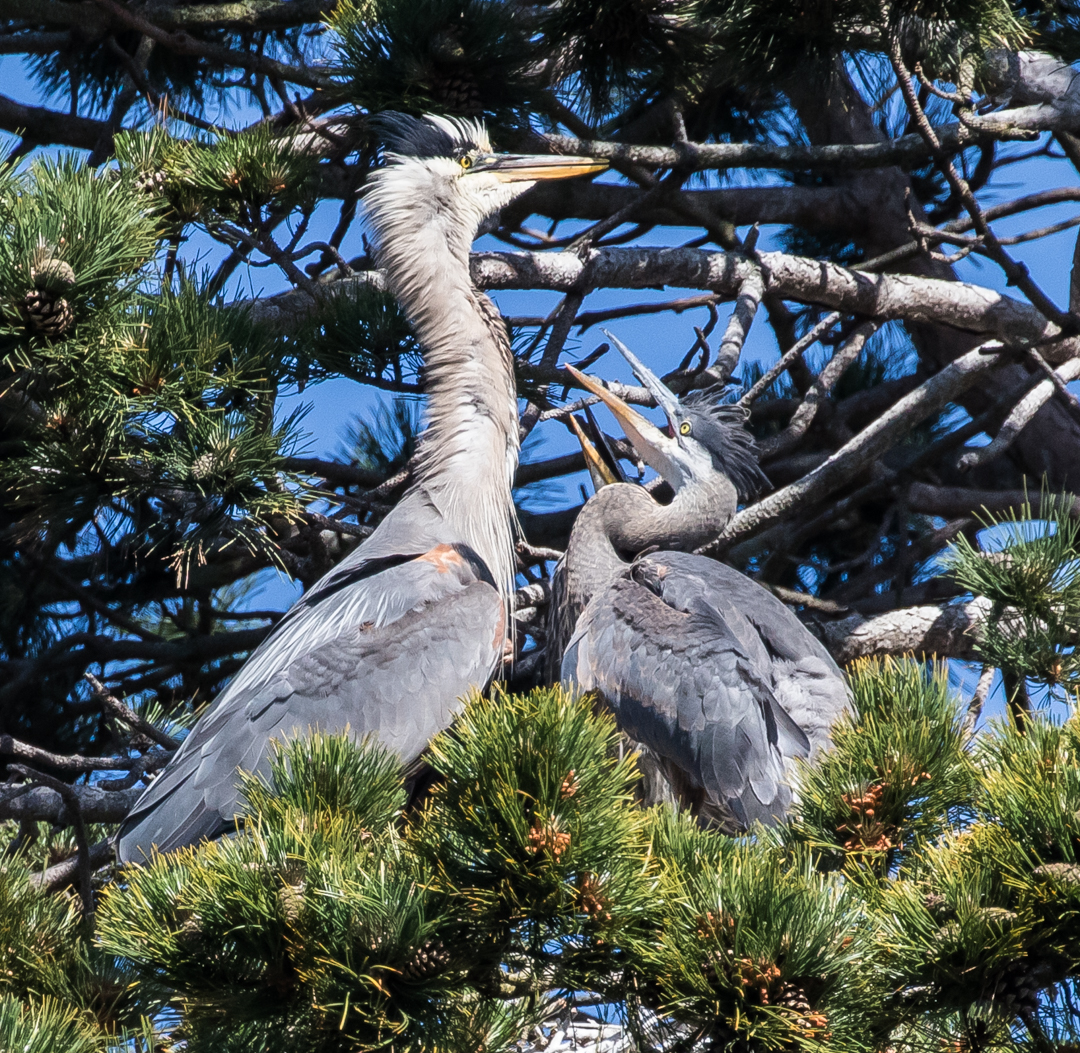 And the adults showing them how it’s done. 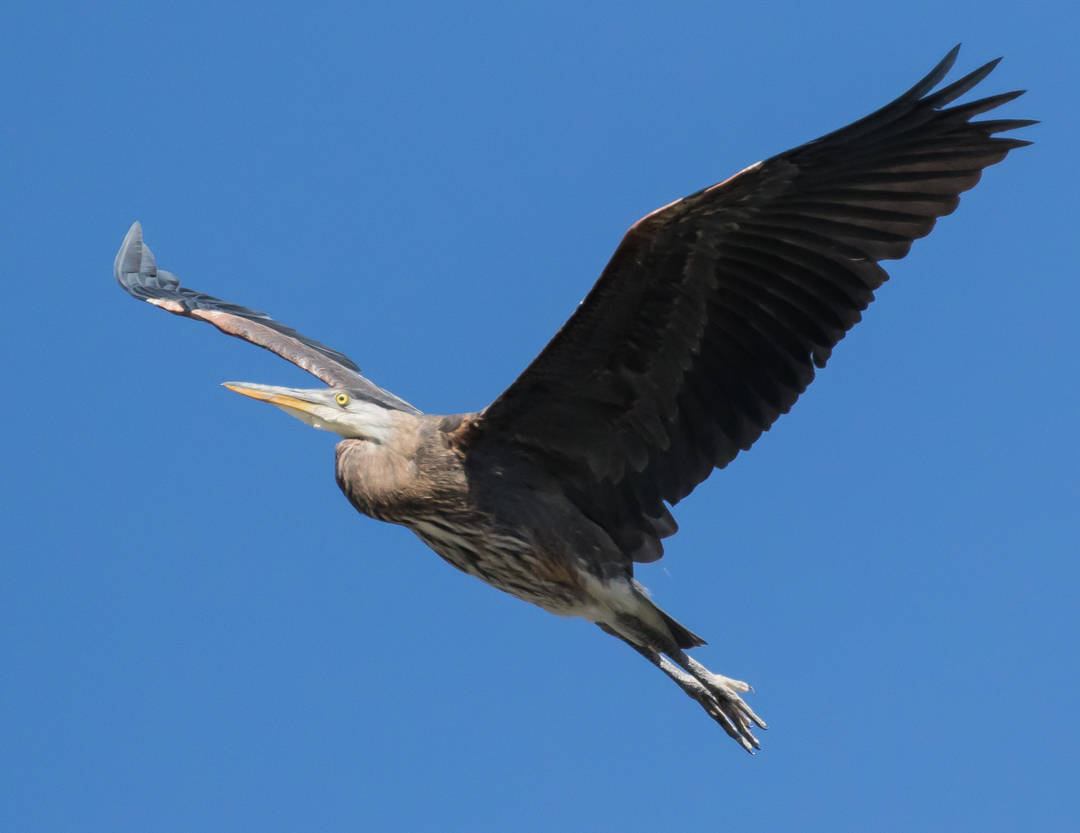 Down below, turtles bask beside a fountain spray.  Across the pond, a dozen or so turtles on a log were attracting a crowd, for every time a large one would try to climb on the log, it would roll, flipping all the rest of the turtles into the water. I tried to video the show for you, gentle people, but of course, as soon as the video camera began running, they sat there, as motionless as Michigan J. Frog in that One Froggy Evening cartoon. 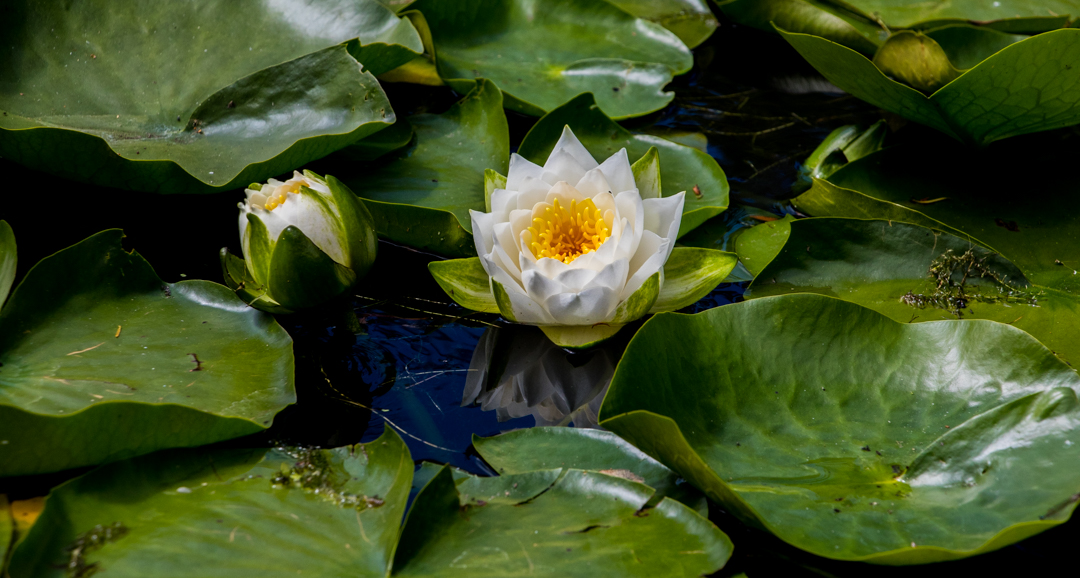 Not far from the turtle pond, Moss Lady continues her long slumber. The sculpture, installed in 2015, has become an instant hit among Victorians. 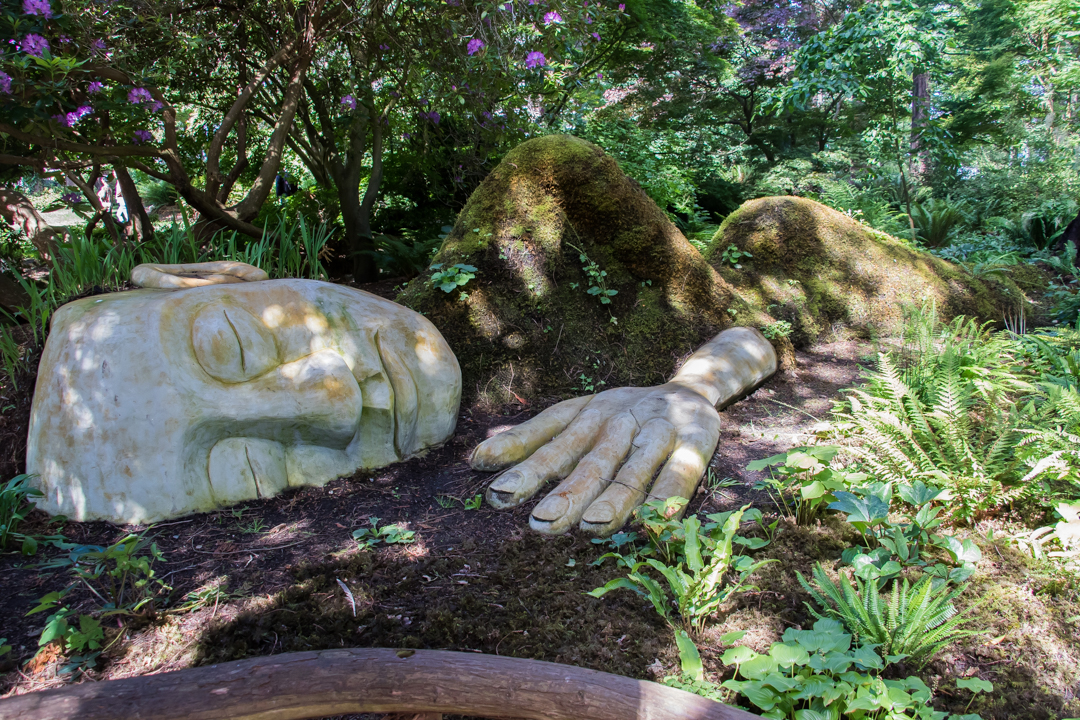 Returning to the mainland 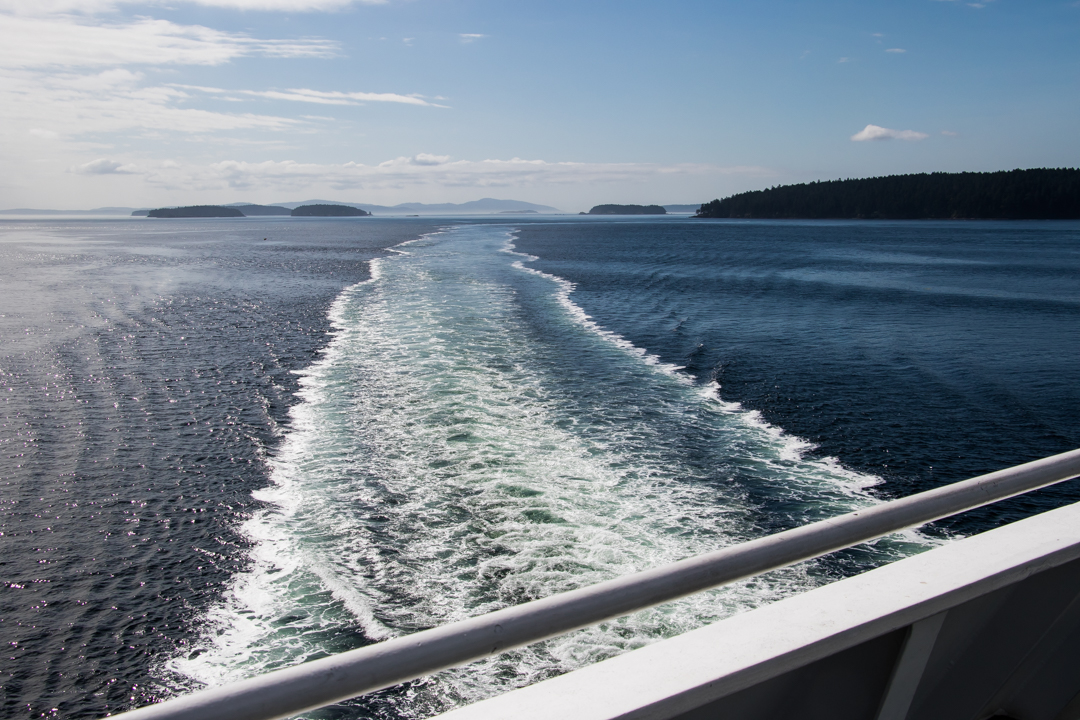