(I’m down on a month-long journey through New Zealand and will try to blog when I have time. Here is Post #1)

Tossed by the wind

Say the name out loud. Tiritiri Matangi. In Maori, it means tossed by the wind. The South Pacific cadence of the syllables produces a gentle rhythm full of warm waters and island promise. But four decades ago, Tiritiri Matangi was in trouble, or at least the natural state of it was. For 120 years, this tiny speck of an island off the coast of New Zealand had been used for farming and pasturing and its natural state, mostly a lush, canopied forest, had capitulated to open fields and grasslands. By the mid-20th century, 94 per cent of the original forest had been cleared.  And the native animals, plants and birds that depended on it for survival—deprived of their habitat—were pushed to the point of extirpation (local extinction).

But that has all changed now.

Beginning in the 1980s, and driven by a group of dedicated conservationists, the land has been reclaimed and is now a wildlife sanctuary. Existing farming leases were not renewed, 280,000 trees were planted, predator animals not originally endemic removed, and a number of threatened animals and birds successfully reintroduced. Now 60 per cent of the island has been reforested.

And the island is alive with birdsong.

A model for other conservation efforts

Wildlife populations have plummeted by 52 per cent over the past 40 years, according to the World Wildlife Fund (Reference.).

So successful conservation efforts such as the Tiritiri Matangi project can serve as positive models for other, wider conservation and re-wilding efforts, which are going to be necessary if we wish to halt the relentless destruction of our planetary wildlife.

The Tiritiri Matangi project receives both New Zealand government and corporate support. But it would be impossible to undertake without an army of volunteers, some of whom I had the privilege to meet when I was on the island in February 2015.

Thanks to their expert spotting, I was able to photograph several of the island’s birds, including some rare species. 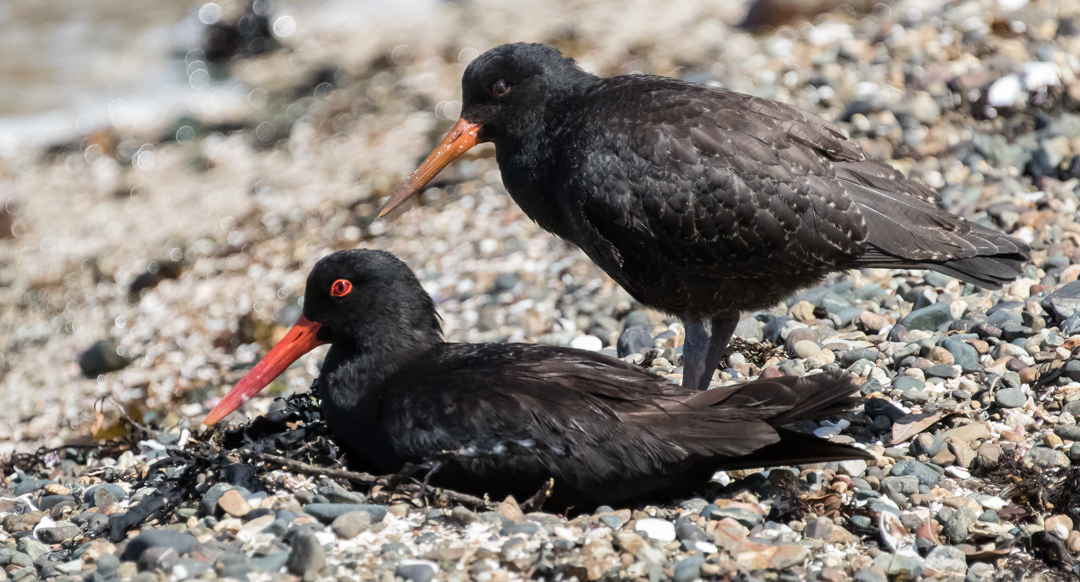 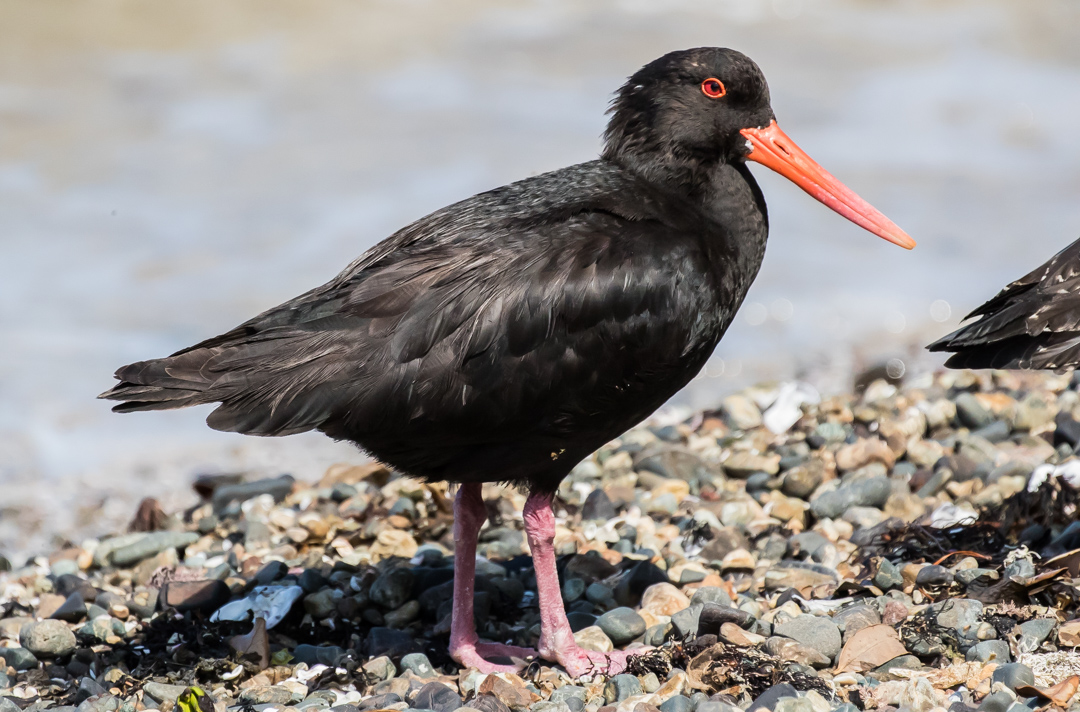 The adult Variable Oystercatchers are black with bright red beaks. Juvenile beaks are more orange, and their colouring greyer. 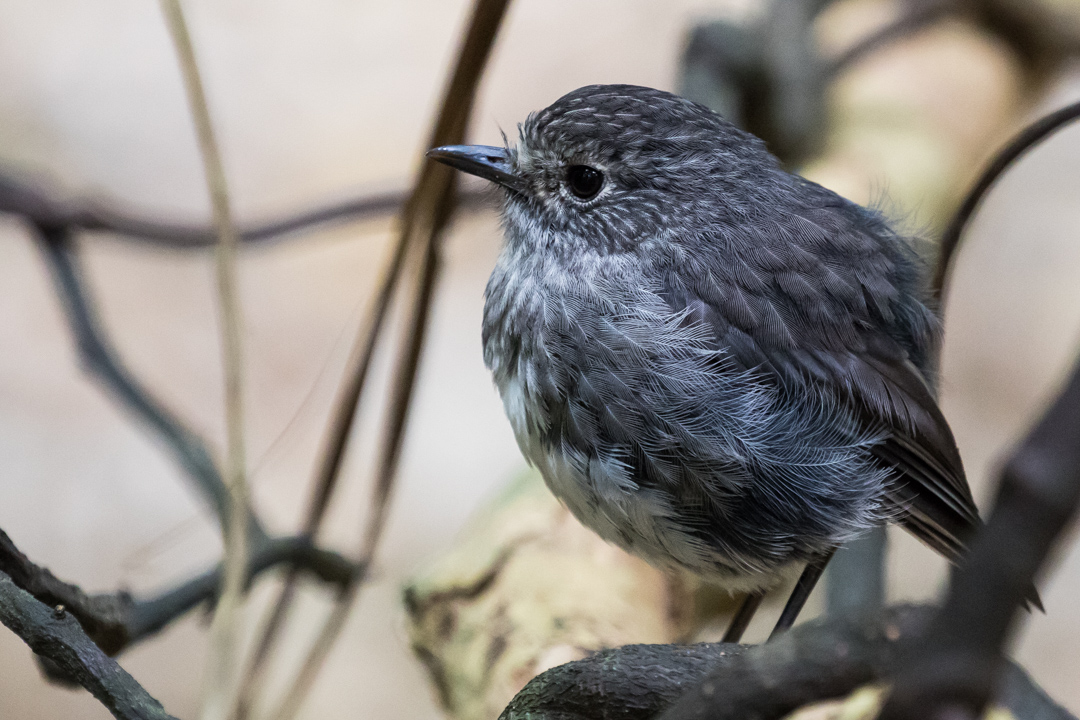 North Island Robin. Conservation status: Not threatened. Forest clearance for farmland during the 19th and 20th centuries resulted in loss of habitat of the North Island robin. Today the main threat to its conservation is predation by introduced mammalian predators, such as feral cats, stoats, possums, and particularly the ship rat. On Tiritiri Matangi, the bird has no mammalian predators.

North Island Saddleback (Tieke). Conservation status: Recovering. This bird came within an inch of extinction after Europeans introduced predators, mainly ship rats and stouts. By 1900, one single population remained on a single island. Today, the number is greater than 7,000. 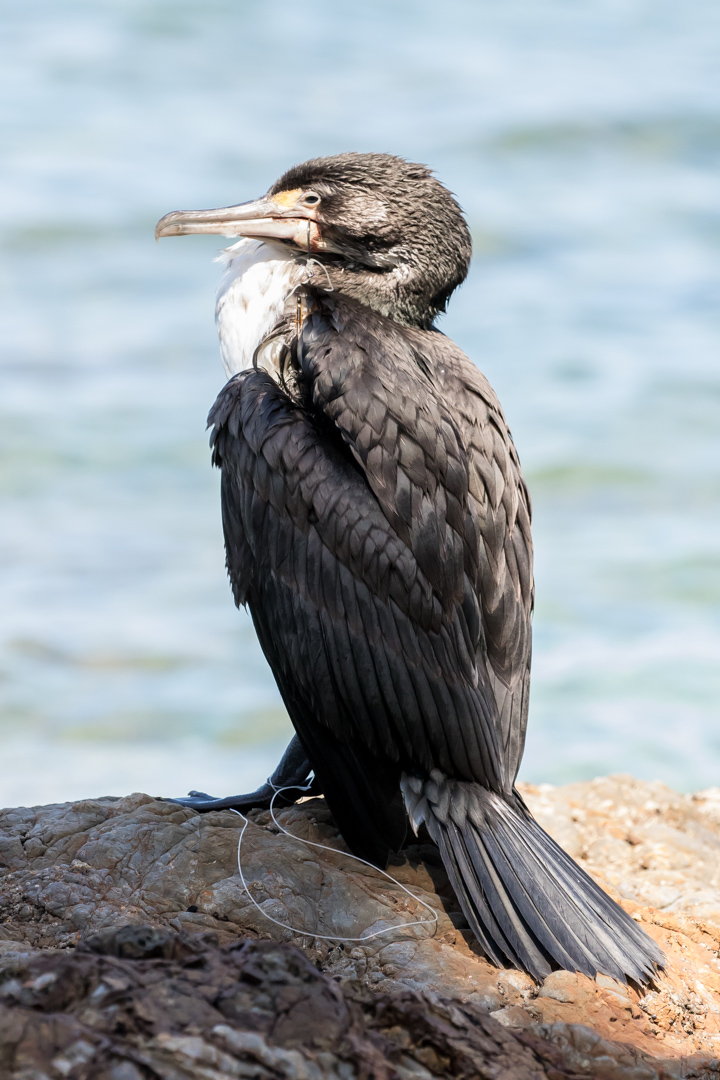 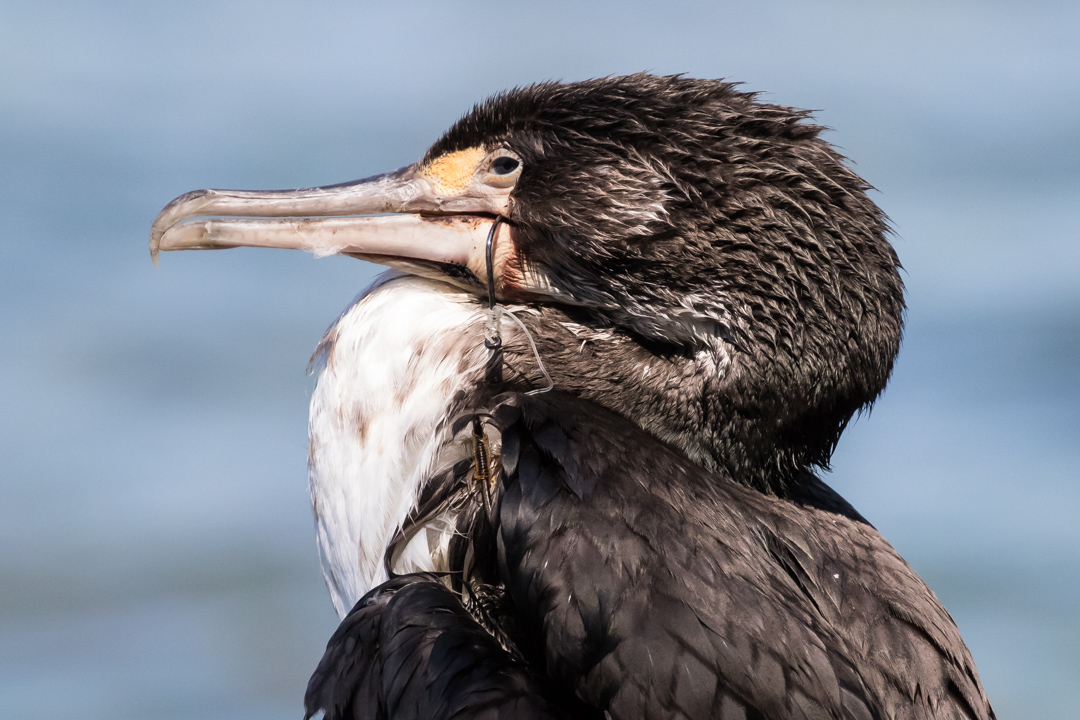 Take a closer look at this Shag and note especially the fishing line snarled in its beak. One of our guides attempted to call for a rescue, for the bird would almost certainly die without some intervention. I was unable to find out whether a rescue was in fact attempted. (Update: A guide at Tiritiri Matangi wrote me the following note: “Two attempts were made to catch the bird, the second being successful. Its wounds were very severe and infection was well advanced, so the bird had to be humanely put down. It is a sad fact that birds with this kind of injury have to be very weak before they can be caught, by which time it is too late to help them, but at least its suffering came to an end.”) 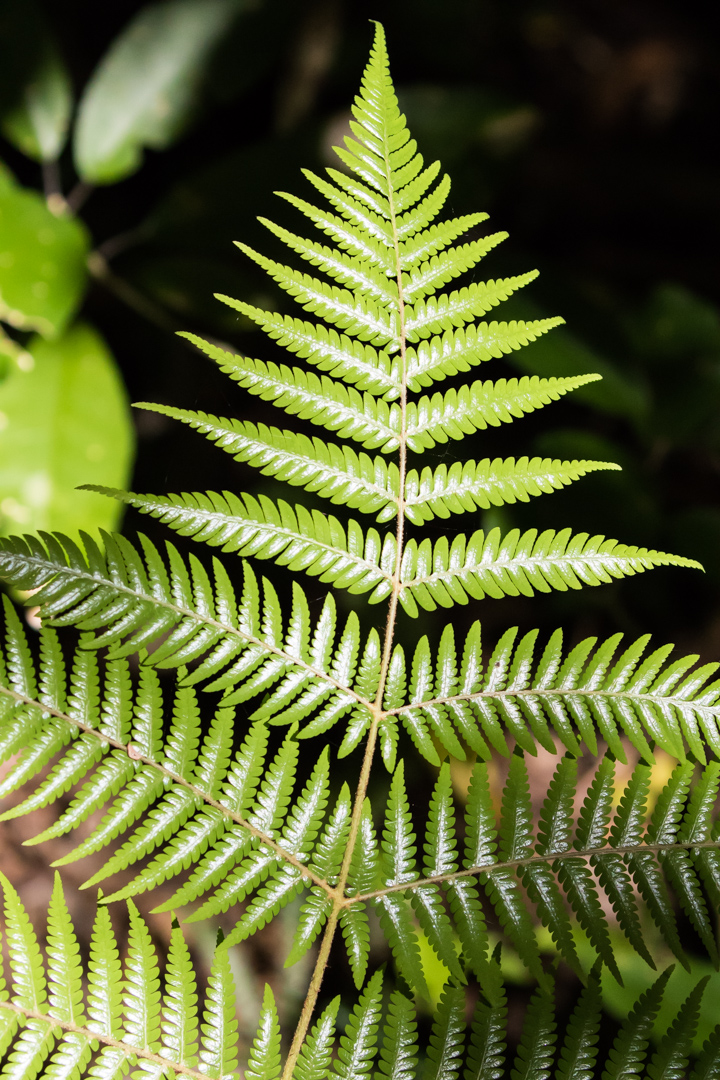 Silver fern. Not only are these ferns common in the Tiritiri Matangi forests, but they do double duty as the logo for New Zealand’s national rugby union team, The All Blacks. 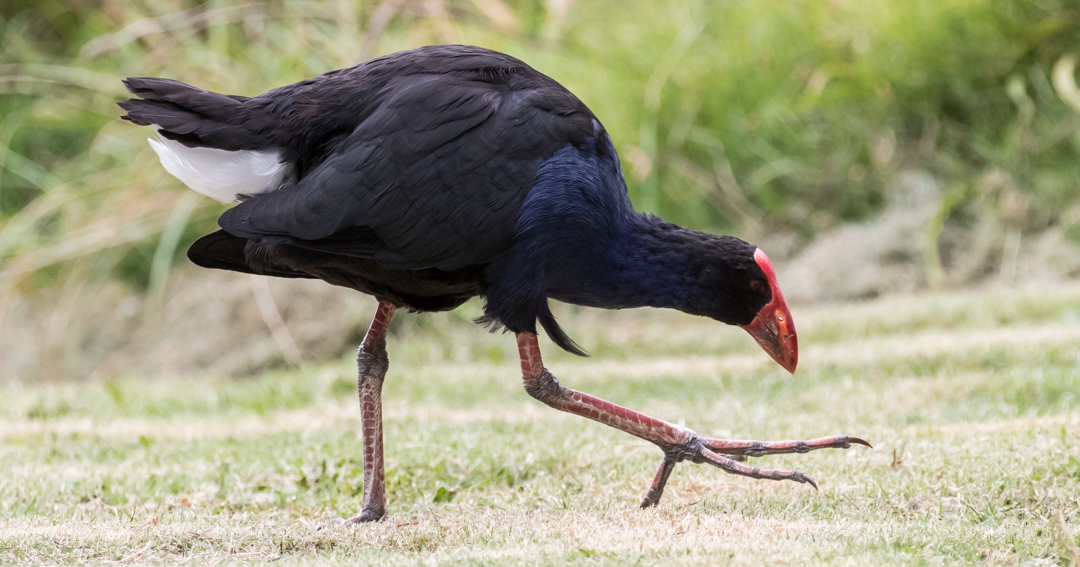 Pukeko. conservation status: Widespread. Pukeko form social groups and can have multiple breeding males and females, but all eggs are laid in a single nest and the group offspring are raised by all group members. 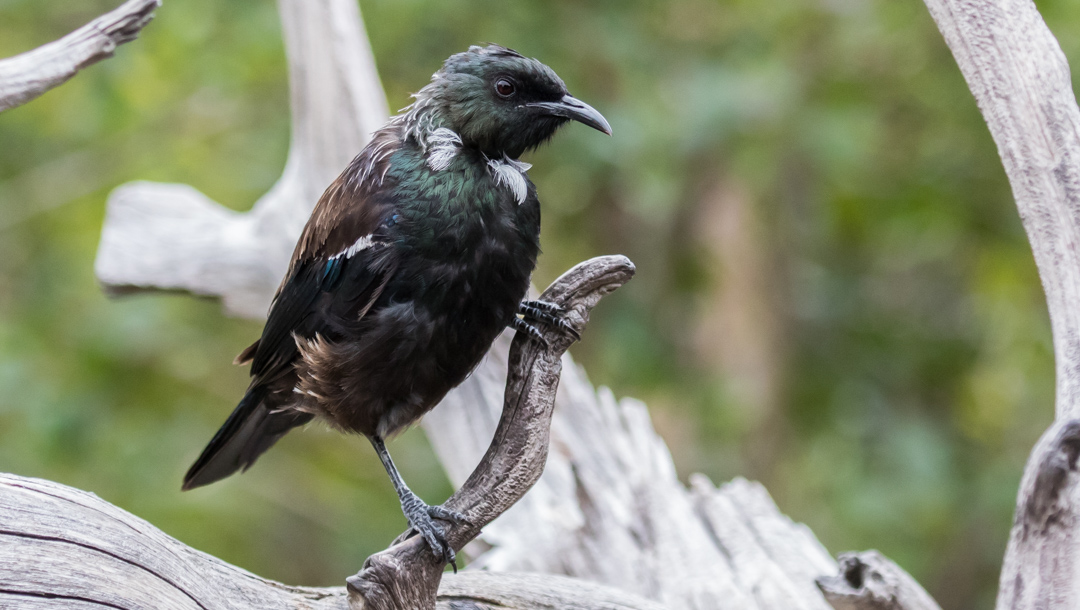 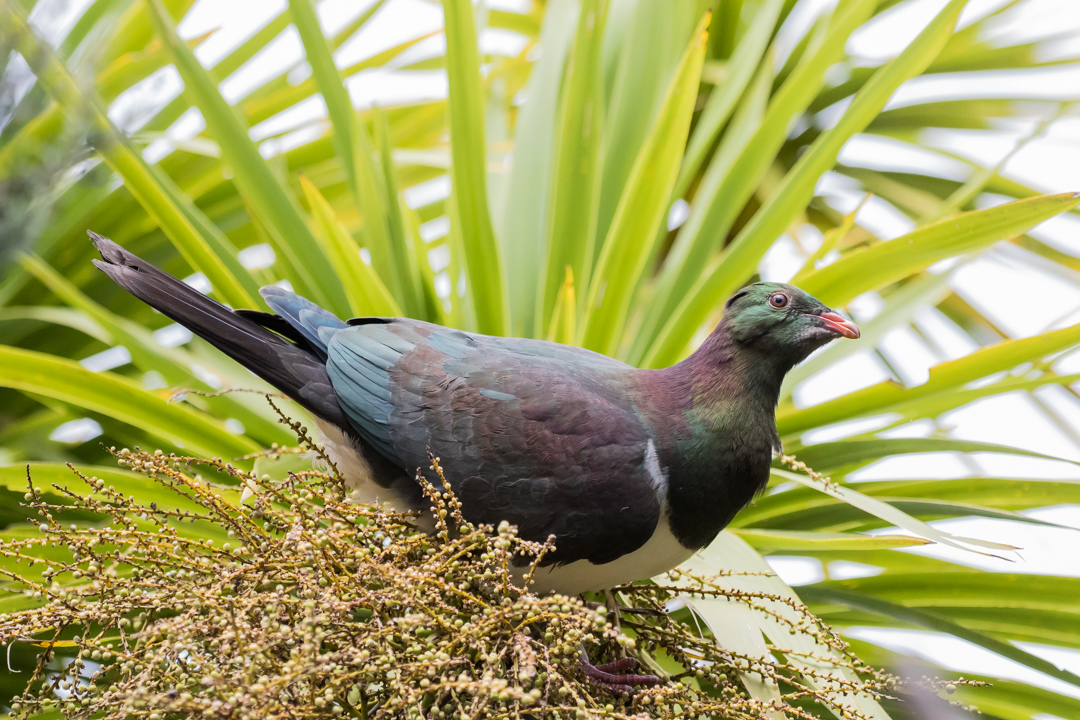 New Zealand Pigeon. Conservation status: Not threatened. This bird can be found throughout New Zealand and, like many of its North Amercan relatives, even in cities. 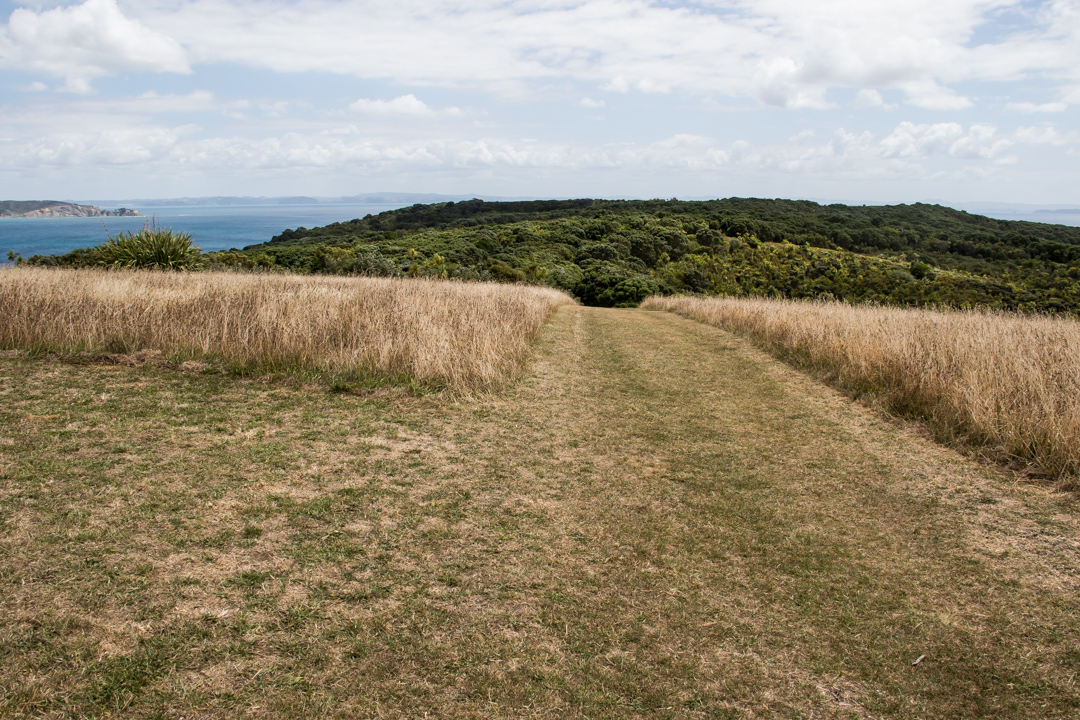 A small part of the island still has open fields, but the rest has once again become densely forested.

(Note: This post has been edited since it was originally published to correct some factual errors and to provide updated information. – jd February 13, 2015) 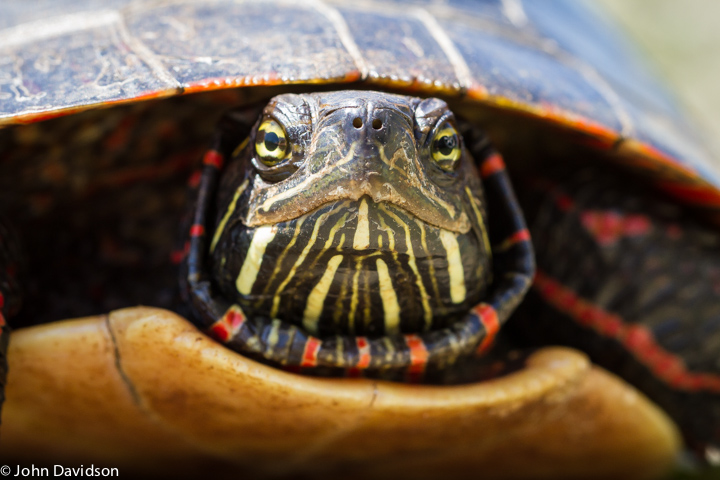