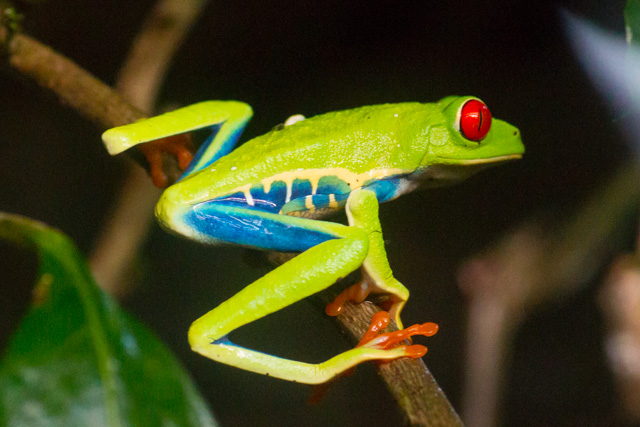 Back when I was packing for this trip, I was trying to decide whether to bring my macro lens, a rather specialized lens used for taking extreme close ups. The angel on my right shoulder said, “If you don’t, you will woefully regret not bringing it along.” The devil on my left said, “think of the extra weight, the hassle. You’ll never even take it out of the camera bag.”
The angel won. Today she was vindicated.
Normally I post several photographs one each of these blogs. Today, I give you but one.   It’s a frog: not only that, it’s the most over-photographed frog in Costa Rica. It’s image is on their T-shirts, their stamps, their knick-knacks for sale on road-side stands. It’s on the top rung of every post-card rack. It is to Costa Rica as the beaver to Canada, the eagle to the States. It’s Costa Rica’s rock-star animal.
And it’s barely 4 centimetres long.
To begin with, it is exquisitely beautiful. Blue, red green. Bright, primary colours. Children love it for that:  they’re the same colours that make up every single pixel of the very screen you are looking at right now.
Now, take a second look. There is vulnerability in this beauty.  A vulnerability that serves as a metaphor for the state of wildlife generally, the state of nature herself. Frogs have been one of the hardest-hit species in the post industrial era. Disease is endemic, populations are being decimated the world over. They breathe through their skin and so are particularly defenceless against airborne and waterborne pollutants and pesticides.  Four hundred eighty-six species are listed as “critically endangered.” Many, even here in the pristine, protected Monteverde Cloud Forest, have disappeared completely. Forever.
But there is hope as well. Costa Rica is at the forefront of a world-wide effort in conservation and ecological research. It serves as an example for the rest of the world. It is an effort in which we all need to share.
Our little friend, the Red-Eyed Tree Frog, Agalychnis callidryas,is depending on us. 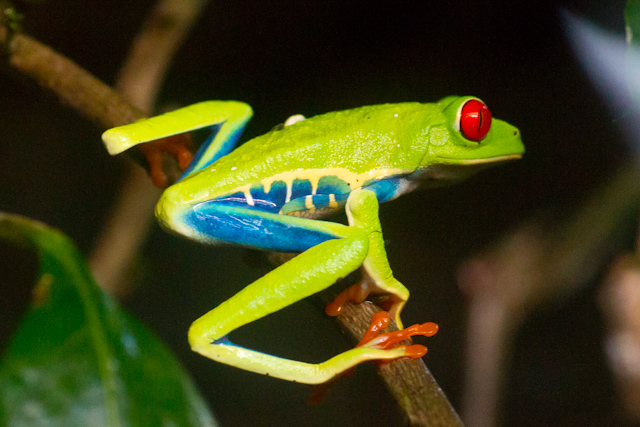 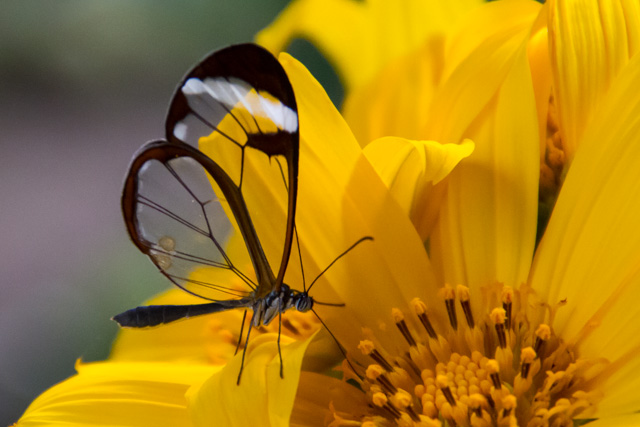