Grand Manan and the Archipelago 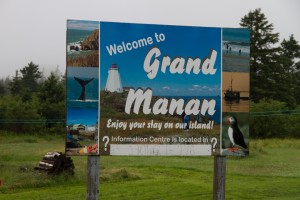 Grand Manan is a two-hour ferry ride and a world apart from the New Brunswick mainland. There is the strong and welcome whiff of a bygone era here — not those hackneyed theme park attempts at nostalgia, which normally involve slapping an extra ‘pe’ at the end of the word ’Shop’ — instead, an authentic  quieter, more community-oriented life. 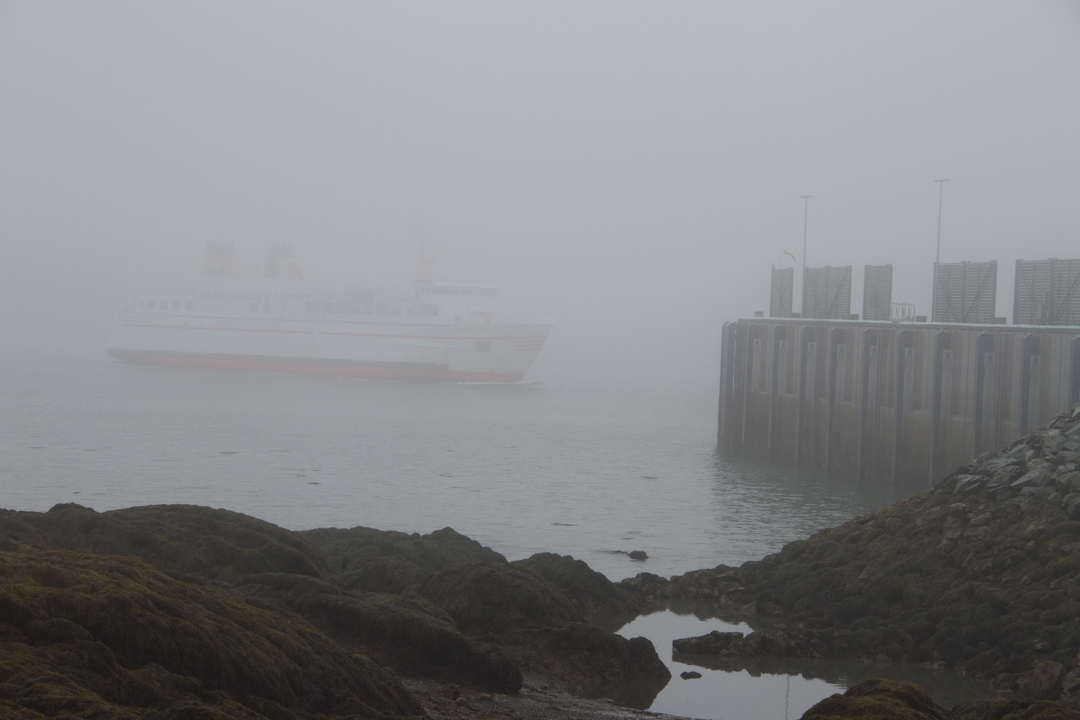 There is only one main road, and it’s only 30 km or so, one grocery store, one gas station, not a single chain restaurant or chain hotel, and no Tim Hortons. Its 2,500 inhabitants form a close-knit community, so close, to give you an example, that today, virtually the entire island’s commerce shut down to honour the life of a teen-age girl who was killed in an tragic car accident last Monday, and all Canadian and New Brunswick flags on the island were at half mast.
Most of the folks here fish for a living, or are related to someone who does: lobster, salmon, herring, crab, some dulse on the west side. 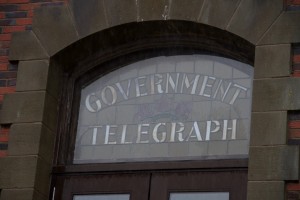 Modernity, when it comes, comes slowly. The island just got high-speed Internet 2 years ago, and it arrived first only at the north end, causing a huge furore among the southerners who had to gnash teeth through several more months of dial up.
The two days I’ve been on the island, have been both rainy and foggy: not prime conditions for bird photography, but ideal for introspection. When the world beyond 50 meters disappears into an amorphous grey nothingness, there’s not much left to dwell upon except whatever is close at hand and, of course, one’s own sweet self.

On the way to White Head Island 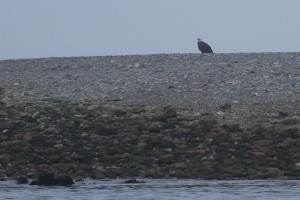 An eagle, lording it over his own island

Mid morning today, I took another ferry from Grand Manan to White Head Island, another member of the archipelago here, smaller, more remote and inhabited by only a couple of hundred or so fisherfolk. On the way, I spotted an eagle, ruling and strutting about on his very own island, somewhat imperiously, I thought, but then again I’m prone to anthropomorphizing . The photo is not very good, and my excuses this time are 150 meters distance, a yawing boat, and of course, the fog. 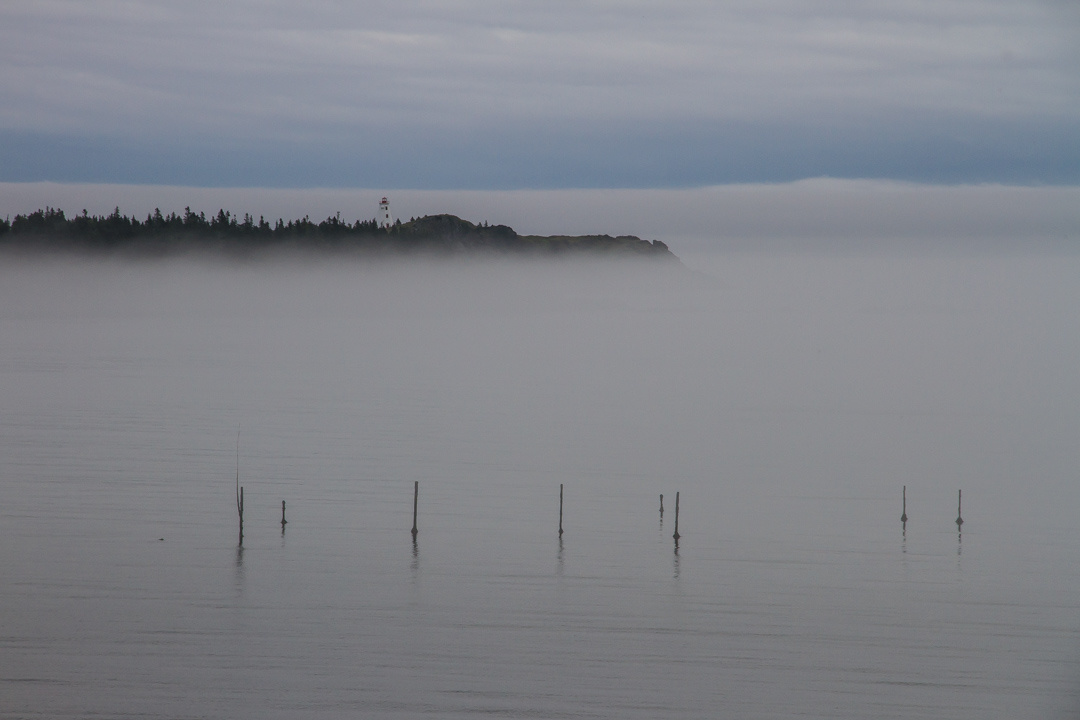 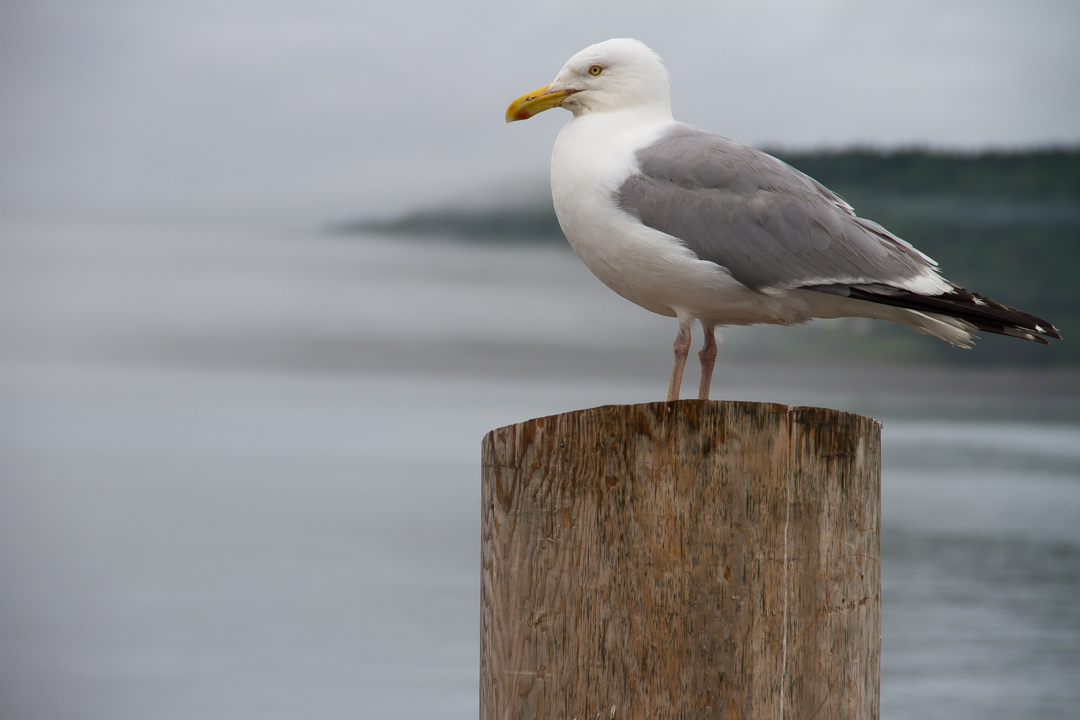 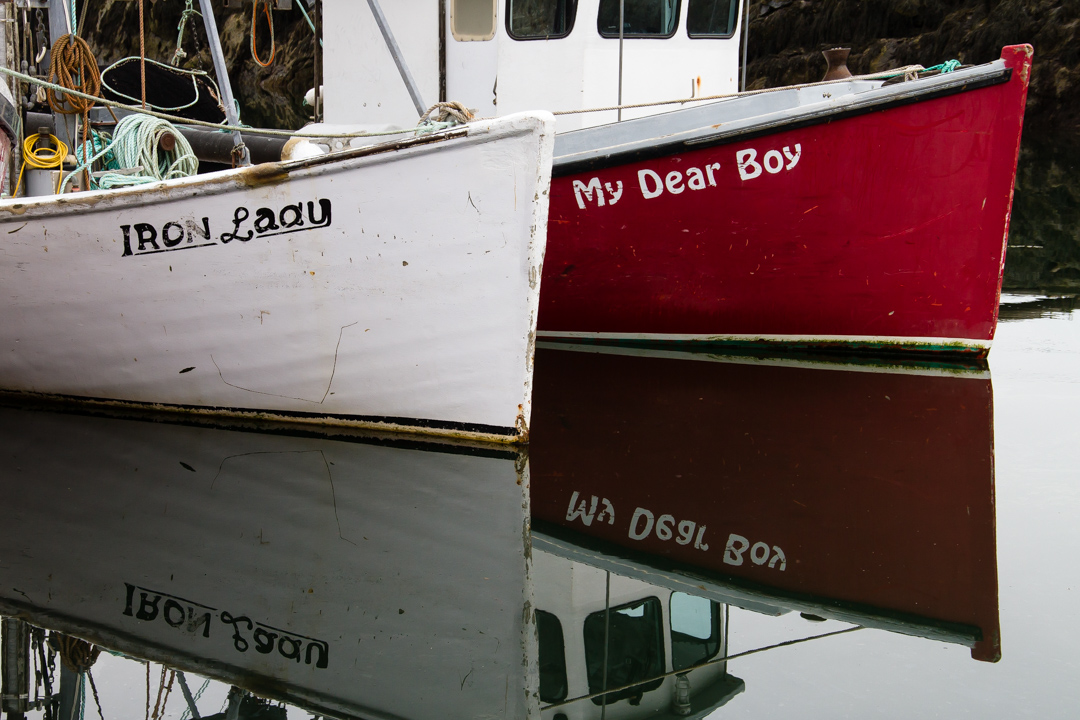 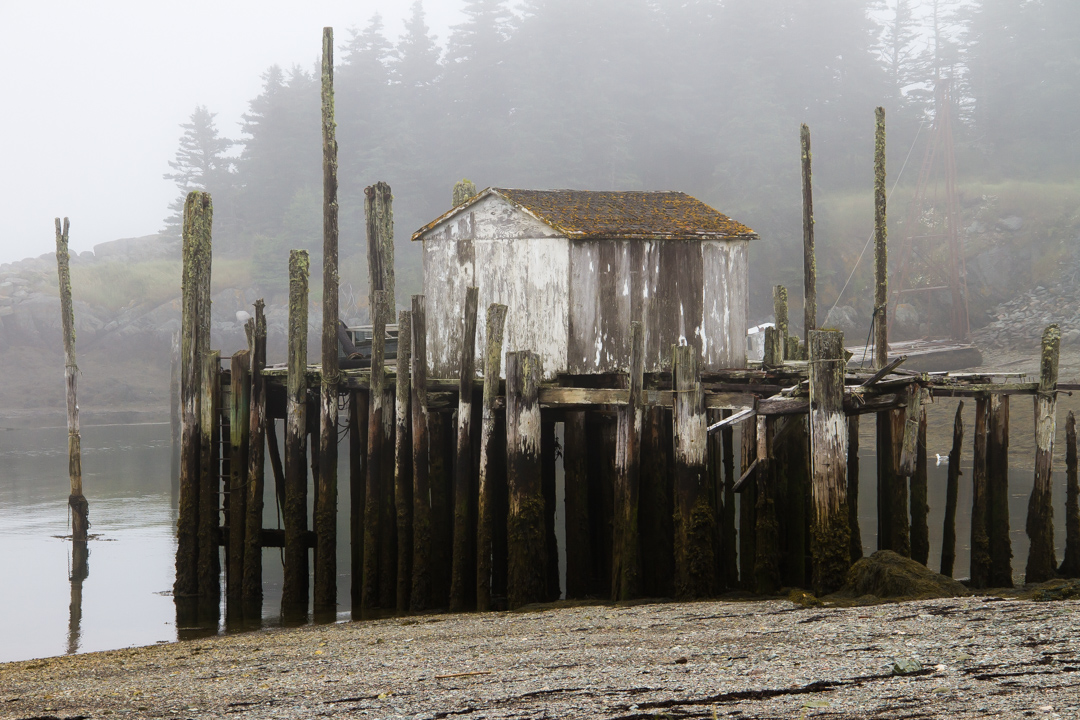 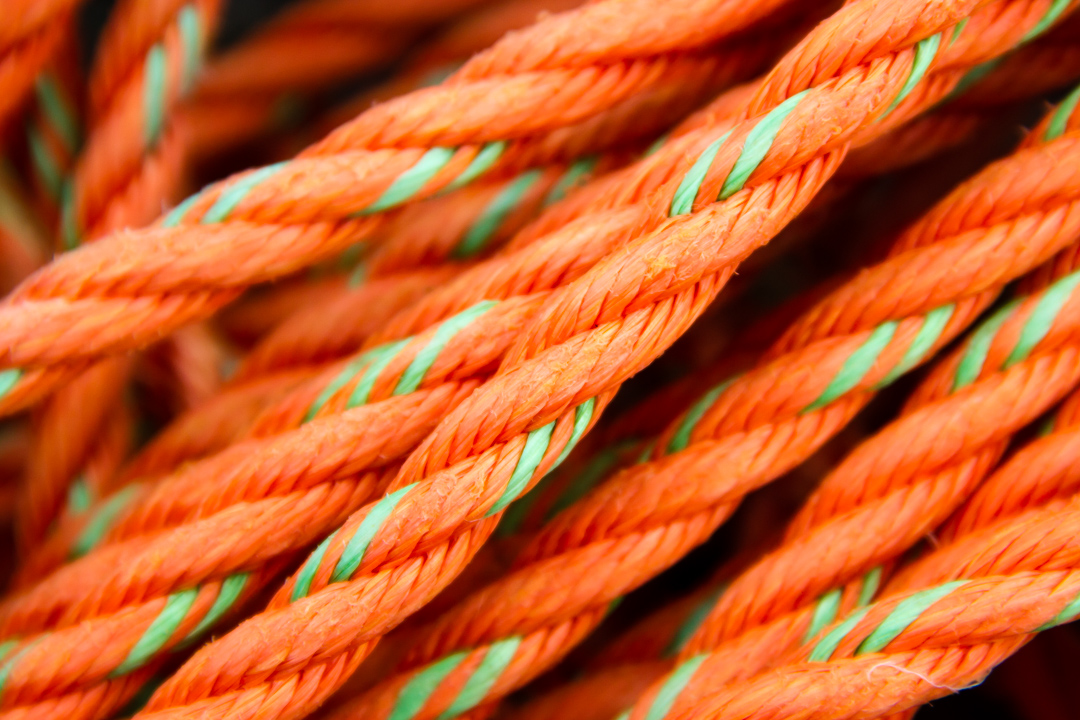 Back on Grand Manan, the fog ever thickening  I thought it would be a fine time to run a recently-acquired macro lens (aTamron 90 mm) through its paces. I’m quite pleased with the results, but you, Dear Reader, are as always, the final judge. 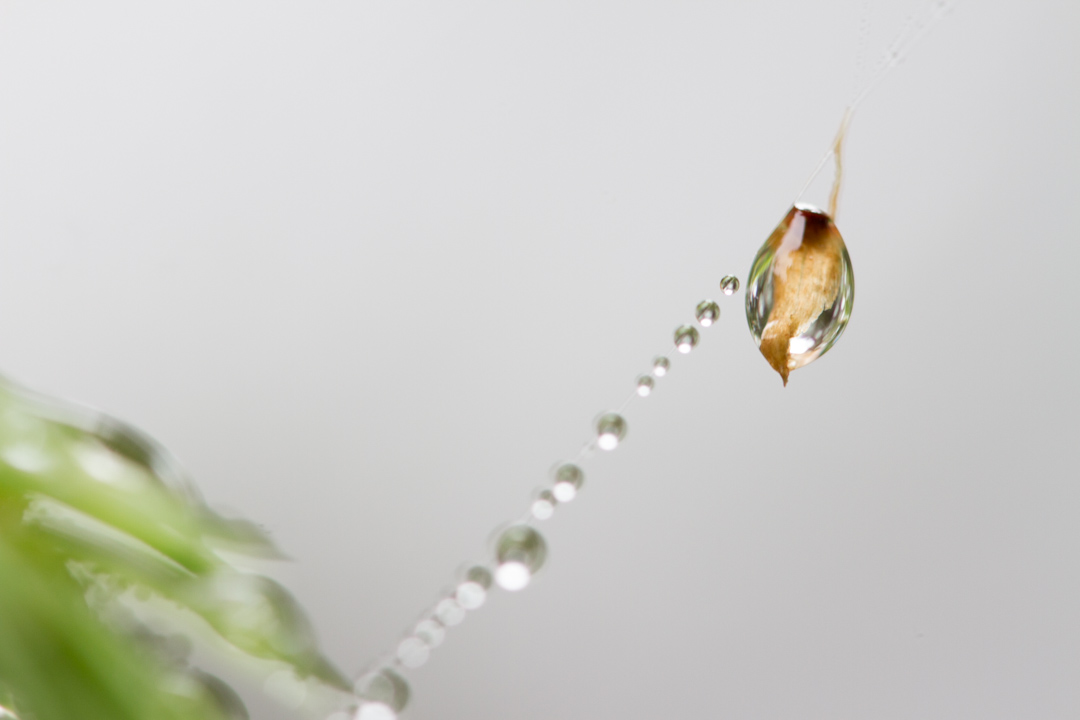 Spider web with the day’s catch 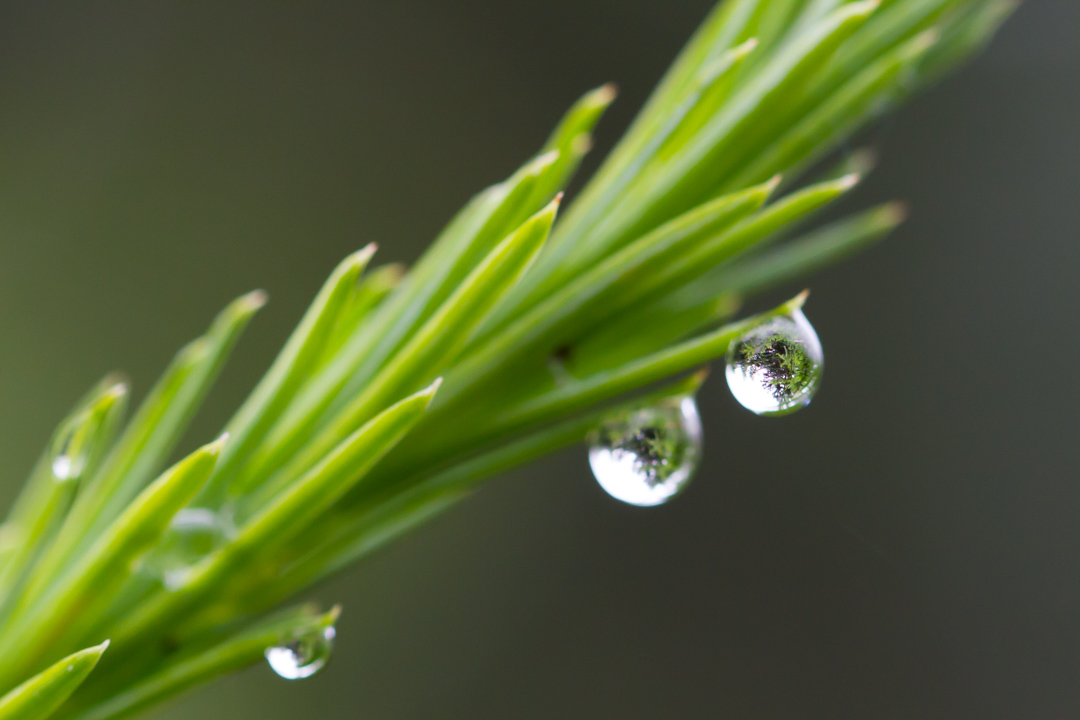 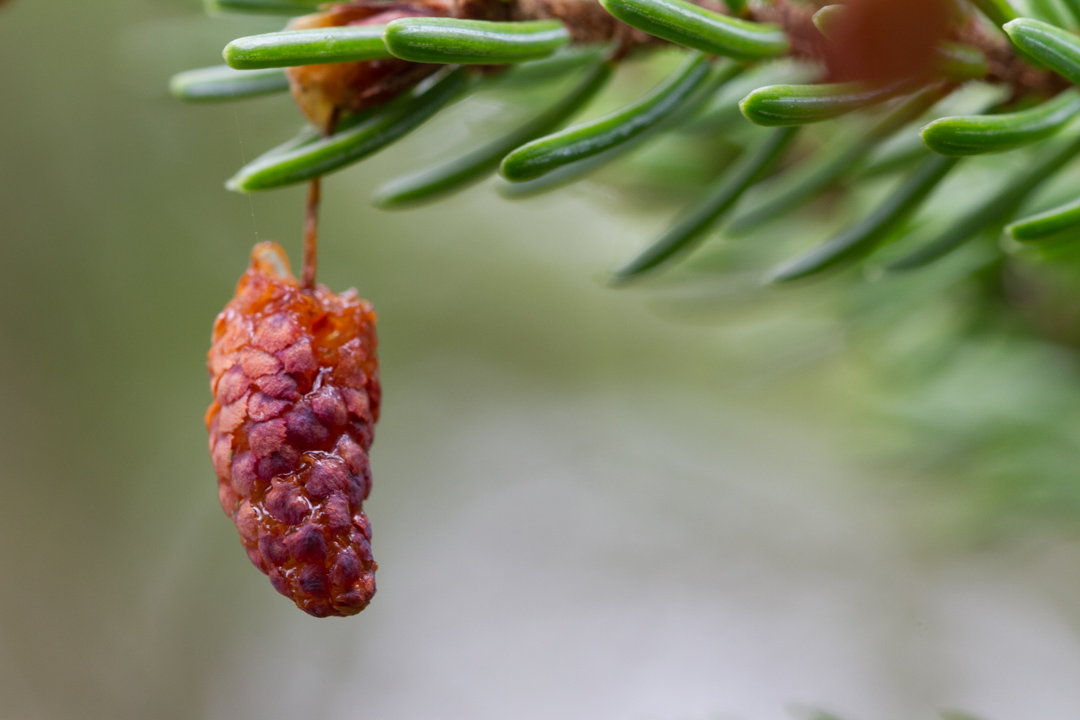 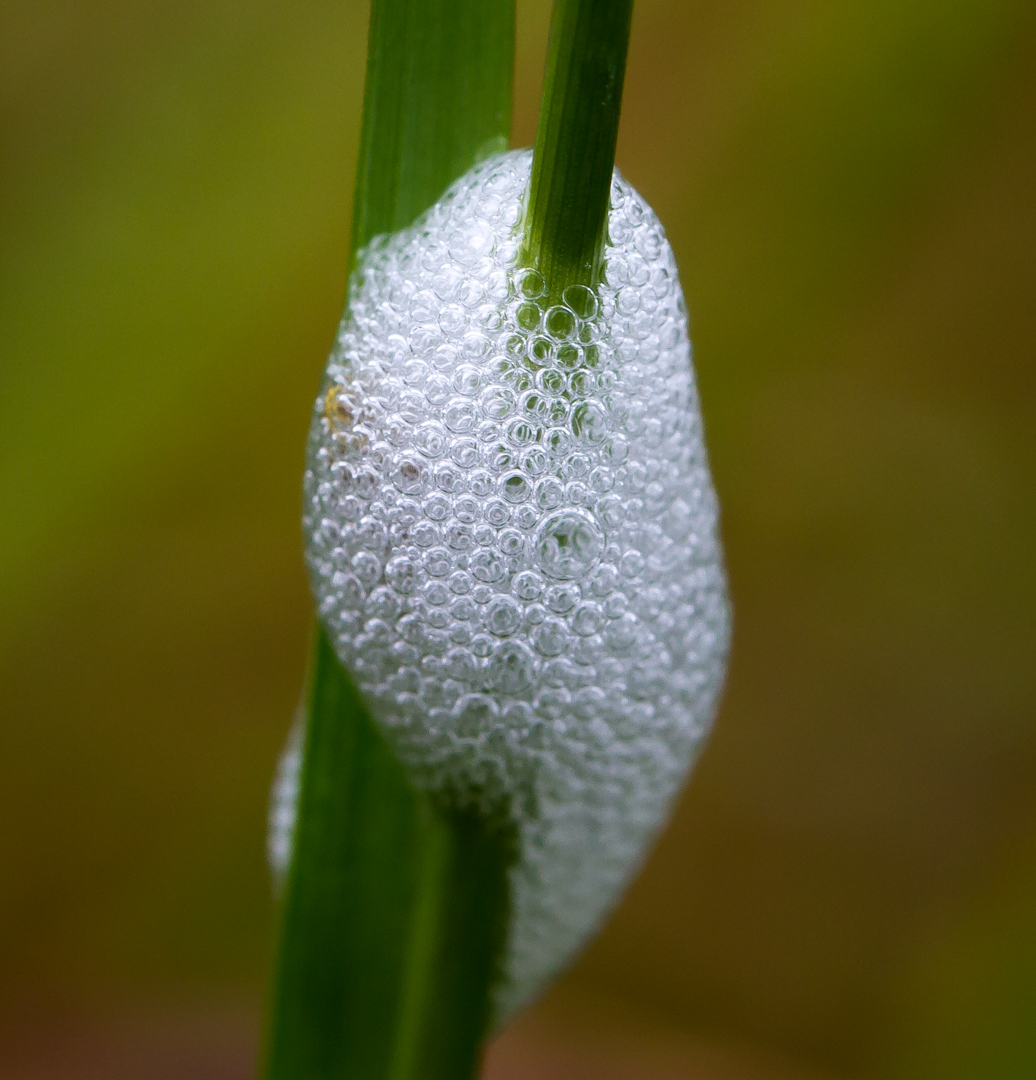 This afternoon, I called Peter Wilcox, Captain of the ‘Day’s Catch’, the boat that will be taking me out to the Puffin breeding colony tomorrow.
Turns out he’s quite famous. Rick Mercer has even been on board.
He confirmed that, although he’s had to cancel the last two days, the fog is lifting, the sun is finally breaking through, and he’s set to go.
As am I.
Fingers crossed.